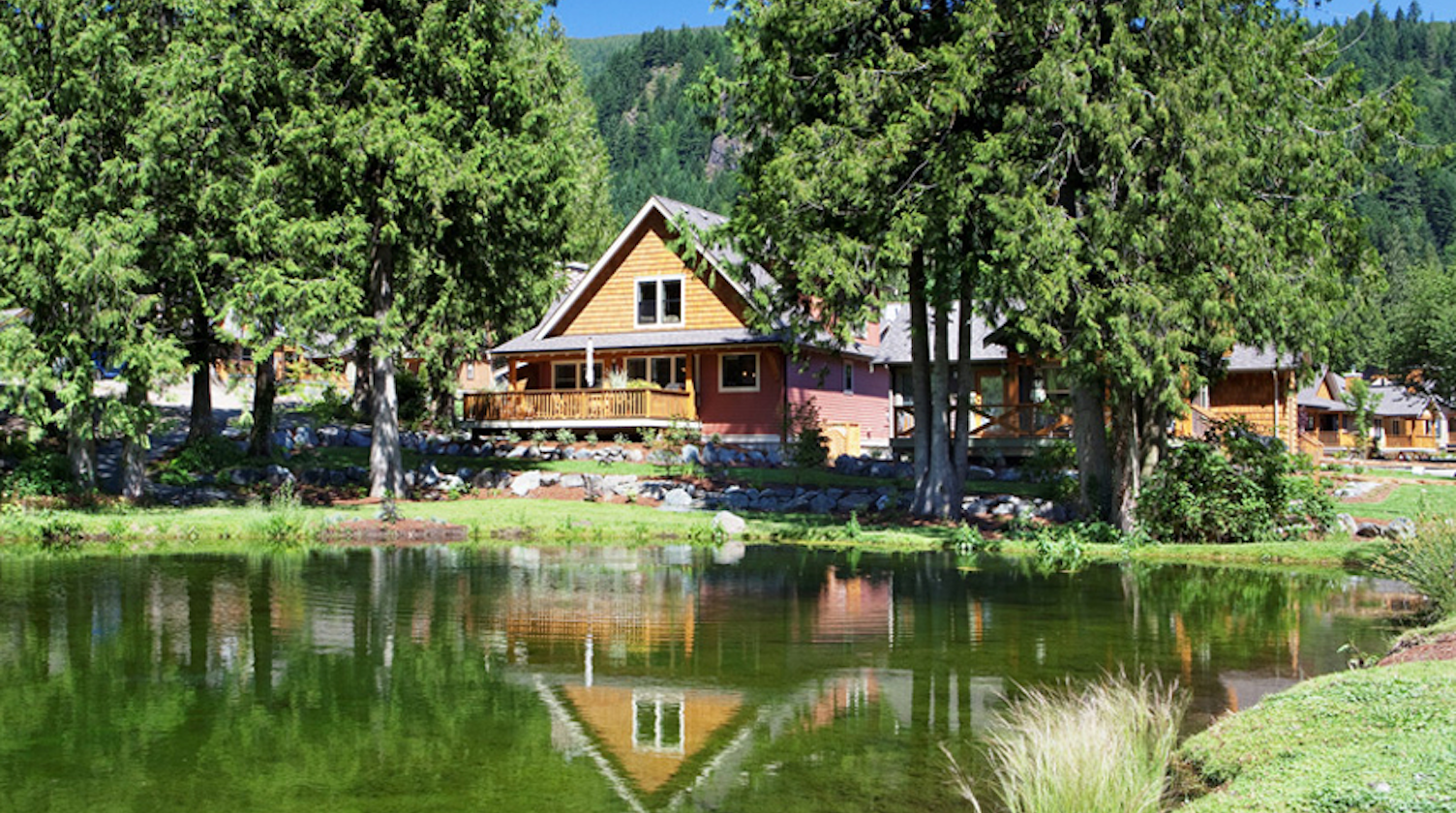 For many Canadians, it’s one of life’s quintessential dreams: escaping the concrete jungle to live at the family summer cottage. Fresh air and natural grandeur, neighbours stopping by to share a game of cards on the front porch or backyard barbeque, kids building tree forts. What’s not to love?

As prices in urban centres like Vancouver remain high, the allure of this traditional lifestyle is gaining traction with an ever more diverse group of buyers. According to the 2015 Re/Max Recreational Property Report, 20 per cent of British Columbians would downsize their current residence to purchase a cottage. Now, some homeowners are carrying this trend one step further – selling their primary residence and using the equity to live full-time, often mortgage free, in their vacation home.

A Great Option for Retiring Boomers

James Askew, president of rareEarth Project Marketing, believes baby boomers will continue to drive the trend of transforming a summer vacation property into a four-season home – whether it’s the traditional cottage in the forest or on a lake, an upscale condo or a masterplanned strata community with resort amenities such as a pool, clubhouse and sports facilities.

But wherever that recreational property, this discerning market want something more than a bare-bones roof over their heads. “As boomers approach the age of retirement, they’re looking for upscale, maintenance-free living that still offers access to the amenities of town.”

For Albertans, he says, that’s often the Okanagan – where increasing numbers of daily WestJet flights make it easy to get back for visits with friends and grandchildren in Calgary or Edmonton while trading the brutal cold of prairie winters in favour of local golf courses, wineries and other outdoor activities. Vancouverites who enjoy the relaxation of ferry travel might choose the deals – from tradition cottage to contemporary condo – found in locations like the Sunshine Coast, Gulf Islands, or Bowen Island.

A Lifestyle Choice for Young Families

However, it’s not just retiring baby boomers who are making this leap – it’s also an increasing trend among families with children. Laurie and Carle Proskin, both successful home-based business owners, are one couple who took the plunge and have never looked back. After enjoying their $500,000 cottage at Cultus Lake in Chilliwack as a vacation retreat for almost five years, they realized it offered a better, more cost-effective, full-time lifestyle than their $2 million-plus, single-family house in Vancouver.

“It’s a better lifestyle for our two kids and a more social one for us,” Laurie says. “Our children are always outside riding their bikes, playing with other kids or going down to the lake. There are all kinds of community events throughout the year, so you actually get to know your neighbours, plus people look out for each other.

She sees plenty of ongoing financial benefits too. “We don’t have to pay for parking any more – that still astounds me. Instead of going to Starbucks, most of us make our own coffee and drink it on our deck with friends. And because there are so many activities for the kids, I spend way less on entertainment – they’re relearning how to make their own fun.”

Their neighbours, Maureen and Marc Hollaar, are also concrete jungle transplants who, like many embracing the vacation lifestyle, wanted to escape the noise and air pollution of city living. Maureen admits that initially the idea of paying more than $200 a month on strata fees was a stumbling block. “But when you consider the amenities – pool, gym, clubhouse – it works. We have a 1,700-square-foot, three-bedroom-and-loft home with a cost of living that’s significantly less than it was in the city. Plus in the future, when the kids are grown up, if we want to travel for half the year, we can easily rent it out – some of our neighbours already get $1,500 to $1,800 per week in the summer, and that’s just going to go up.”

Vince and Kathy Taylor are taking a more staged approach to moving full time into their lakeside property near Squamish. “We found we were spending more and more time there, so we decided to try it for a year,” Vince explains. Now almost half a year into the experiment, the allure of having hiking, fishing, mountain biking and other outdoor sports just outside their door has lost none of its sheen.

“And typically it still takes less time to drive to our Vancouver office than it would if we were living in Langley or Abbotsford.”

Bill and Lynda Manahan, who retired almost five years ago, took a circuitous route to their 100 Mile vacation property. While they had always intended to make it their year-round residence, when they sold their Surrey townhouse, they first spent four years living full-time on their sailboat, often touring northern BC.

Another retiree, Constantine Anastasopoulos, saw opportunity in the Okanagan. “Yes, living in Yaletown was an exciting urban environment,” he says. “But now I live in a newer home that’s better constructed and was priced considerably lower than Vancouver. Plus my partner has access to a stable where she can ride horses again – you can’t do that in downtown Vancouver. We bought a couple of years ago when prices in the Okanagan were in a lull, and we’re already seeing them returning to higher levels, so it’s been a good investment financially as well.”

Ultimately, buyers and industry analysts alike agree that embracing any recreational property as a full-time home is about celebrating a more relaxed way of living. “People are making a conscious decision to have a more social, engaged lifestyle,” says Steven Van Geel, sales director for Cottages at Cultus Lake and Creekside Mills at Cultus Lake. “They want to live in a community where they can feel safe letting their kids run down the streets to play with friends and where they know their neighbours by name.”

“I think people are missing the sense of community you find in a vacation community,” Maureen says. “So many of our friends tell us they’d love to live here full time… and we are.” 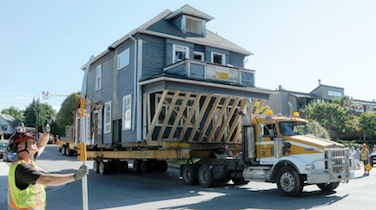 Local couple with passion for heritage aim to create enclave of rescued character homes on...
Next Article

Local couple with passion for heritage aim to create enclave of rescued character homes on...