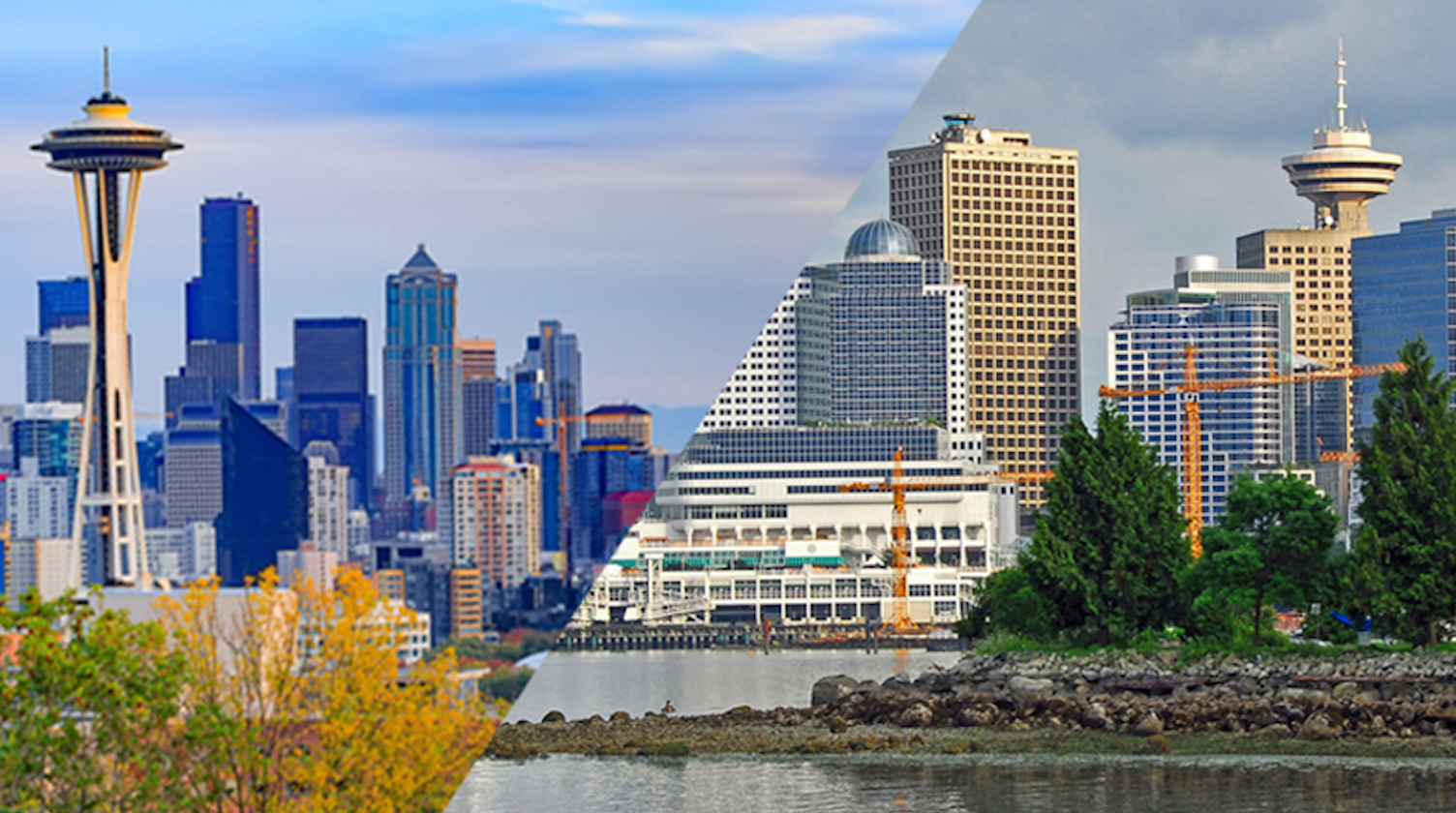 Vancouver and Seattle may be similar in size and Pacific North-West location, but they are worlds apart in terms of current residential development strategy, according to Seattle-based urban sustainability research group the Sightline Institute.

In a paper released August 14, author Margaret Morales draws parallels between the two cities and sets out her findings as to why more than half of Vancouver’s new residential development is condo buildings, whereas Seattle has virtually no new condos in the pipe and is overwhelmingly putting up apartment buildings.

She writes, “Condo demand in Seattle is rampant, yet supply is miniscule. The one condo complex actively in the city’s pipeline, the Nexus building, won’t open until 2019. Yet over 75% of its units sold out in just two weeks – most in just one rainy weekend… Instead of condos, builders are putting up apartments. Less than 4% of all new residential units built in the city of Seattle over the last five years have been condos while over 80% have been apartments.” 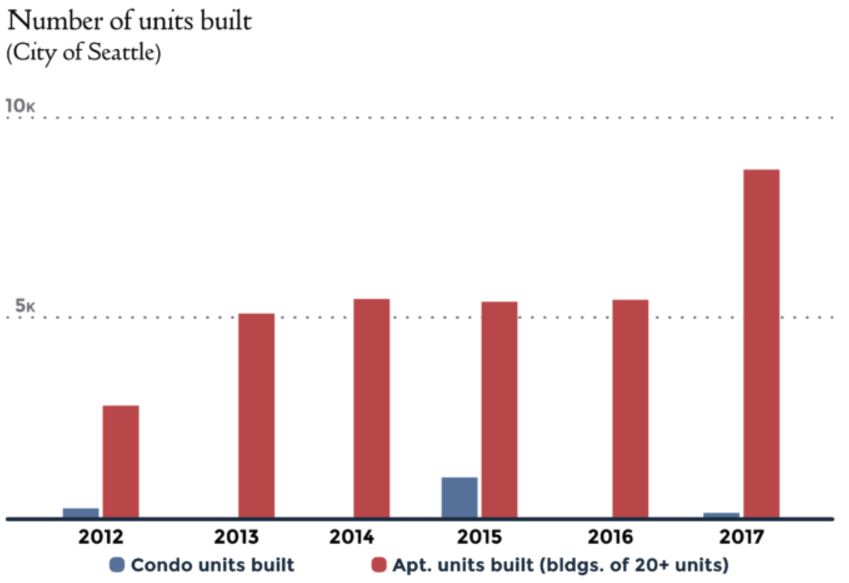 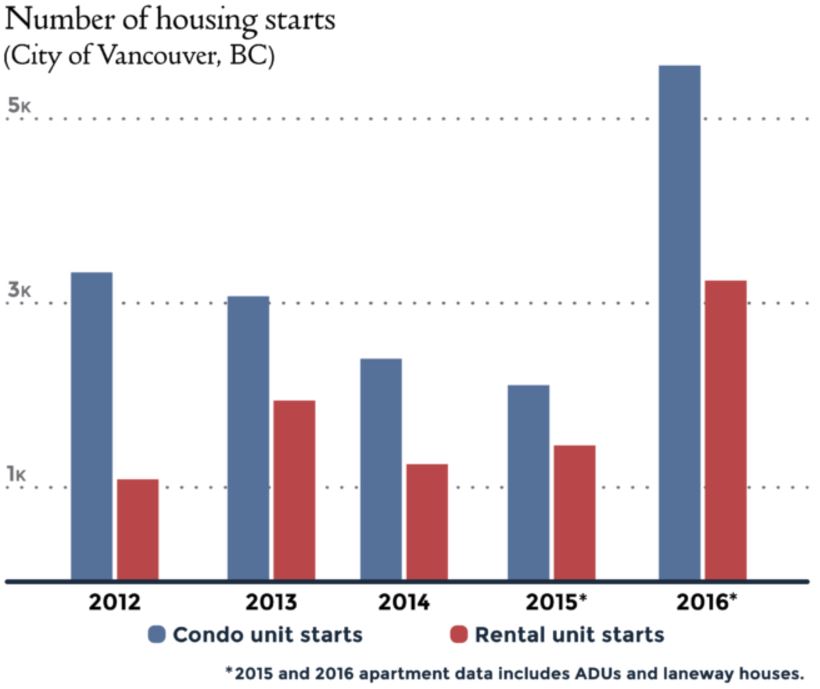 Morales says there are many reasons for the disparity. “The short answer is economics. In Vancouver, apartments are saddled with an unfavorable tax code, making condos the more lucrative multi-family housing investment even despite high rental demand. In Seattle’s skyrocketing rental market, one that’s climbed even faster than the condo market in recent years, apartment buildings are much more financially attractive, while condos come with bigger risks and, typically, lower returns.”

She adds, “One reason [for Vancouver’s condo boom] may be that builders have experience with condos in the region; they are left with little doubt that condos will sell and sell well. Similarly, condos may be more of a cultural norm for many Vancouverites than Seattleites (indeed, the trend toward condos is country-wide, though Vancouver leads the Canadian pack). But in addition, builders may have a disincentive to invest in rental properties in Vancouver… [due to] tax changes in the 1970s.”

Morales says that the rising value of condos in Seattle means that developers may start building more, although new supply will lag by several years. She adds that the city could look to Vancouver as an example of rapid condo growth.

“More condominium development could be a good thing for prospective homebuyers in Seattle as condos are cheaper than single-family houses, which currently dominate the options for home ownership… While Vancouver suffers from a similarly disproportionate coverage of single-family zoning as Seattle does, condominiums offer a more urban lifestyle, one that makes sense in a global and growing city. Seattle could follow in its northern Cascadian sister’s footsteps by embracing this housing option.” 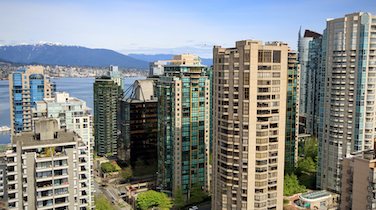 Need more incentive to buy a home? Check out the latest rental price data
Next Article