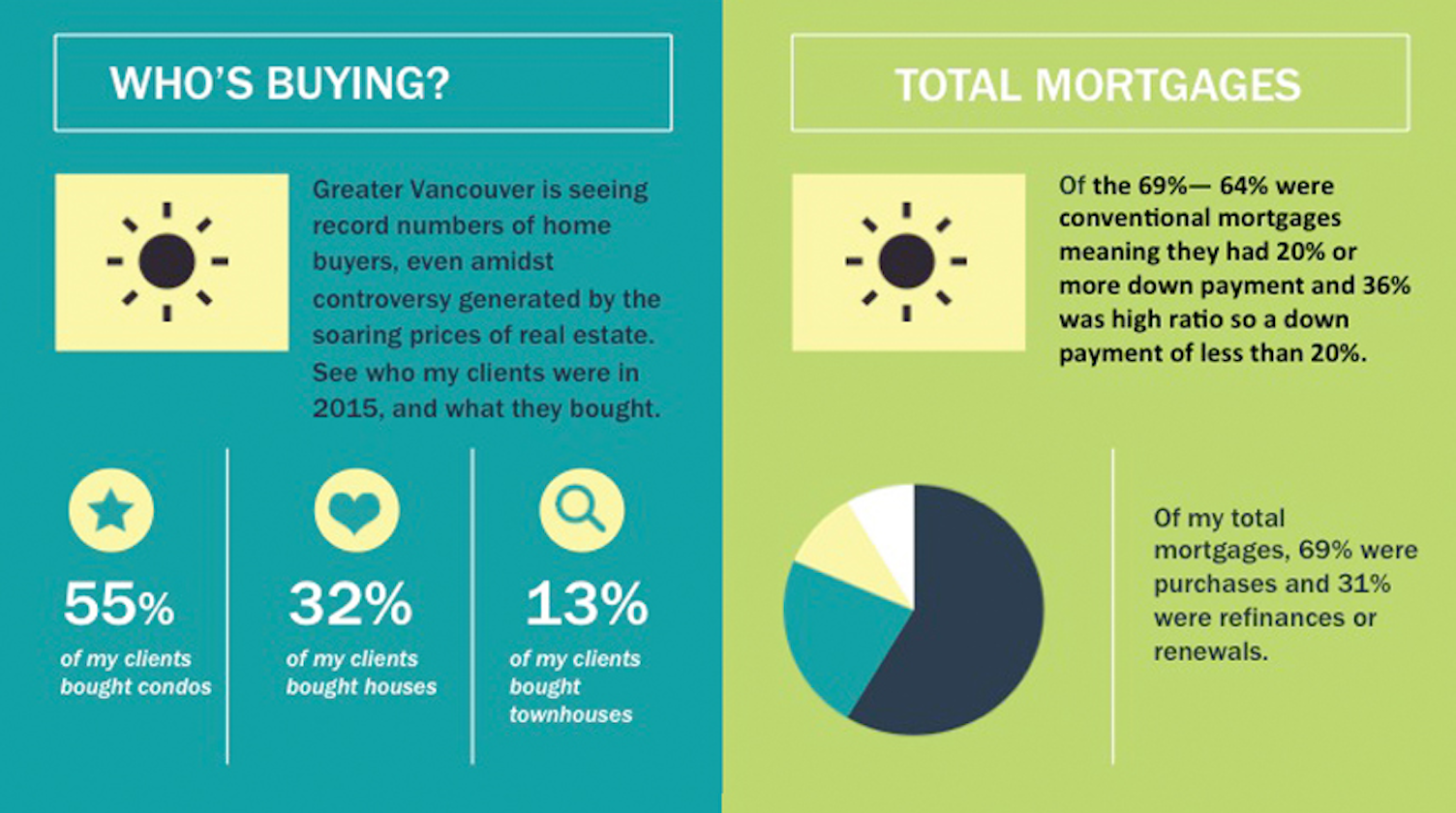 We are only two months into 2016 and Vancouver is already setting record highs for sales in residential real estate. This activity has stirred up a lot of controversy over soaring housing prices, but it also has a lot of people asking the question: Who is buying these homes?

In an effort to gain some insight on the matter, I decided to do some research into my own client demographics and made a few surprising discoveries, which I summarized here and in the full infographic below.

Source of Down Payment

A breakdown of purchases and down payment sources of my clients showed some interesting figures. Of the total number, 45 per cent received a gift of some sort that they put towards a down payment while 41 per cent saw their down payment originate as proceeds from the sale of their previous home, and just 14 per cent had saved for the down payment on their own.

Once I saw the actual numbers on the page, this was the area that surprised me most. Of my total clients for 2015, single males made up 19 per cent while single females made up 21 per cent. On par with the number of single males who bought homes were single parents who also came in at 19 per cent. The numbers for families with children were also 19 per cent of the total, with young couples without children at 13 per cent, and older couples with no dependents represented the smallest category at nine per cent.

Everyone seems to be curious not only about who is buying into the market, but what it is that they’re buying.

These numbers reflect what was purchased and does not include refinances or renews.

Vancouver is seen as a hot spot for overseas investors and many believe that this is the reason home ownership is unattainable for many local residents. Gathering foreign data has been difficult, as until very recently, as announced in the 2016 BC Budget, the citizenship of the purchaser did not have to be disclosed.

The data presented in this post was 100 per cent local residents, which of course included permanent residents, Canadian citizens and temporary residents who are here on work visas working and paying taxes in Canada. I did not have one overseas investor as a mortgage client during this time period. It may be that most overseas non-resident investors opt for a cash purchase, as they usually do not need mortgages.

With our low Canadian dollar, I do see the number of overseas investors increasing and potentially more such investors obtaining a mortgage for their property. 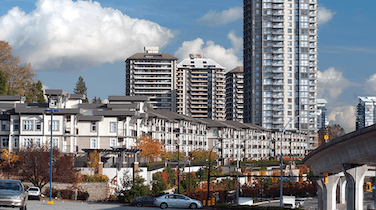 While budget is paramount, you also need to take your lifestyle into consideration
Next Article

While budget is paramount, you also need to take your lifestyle into consideration