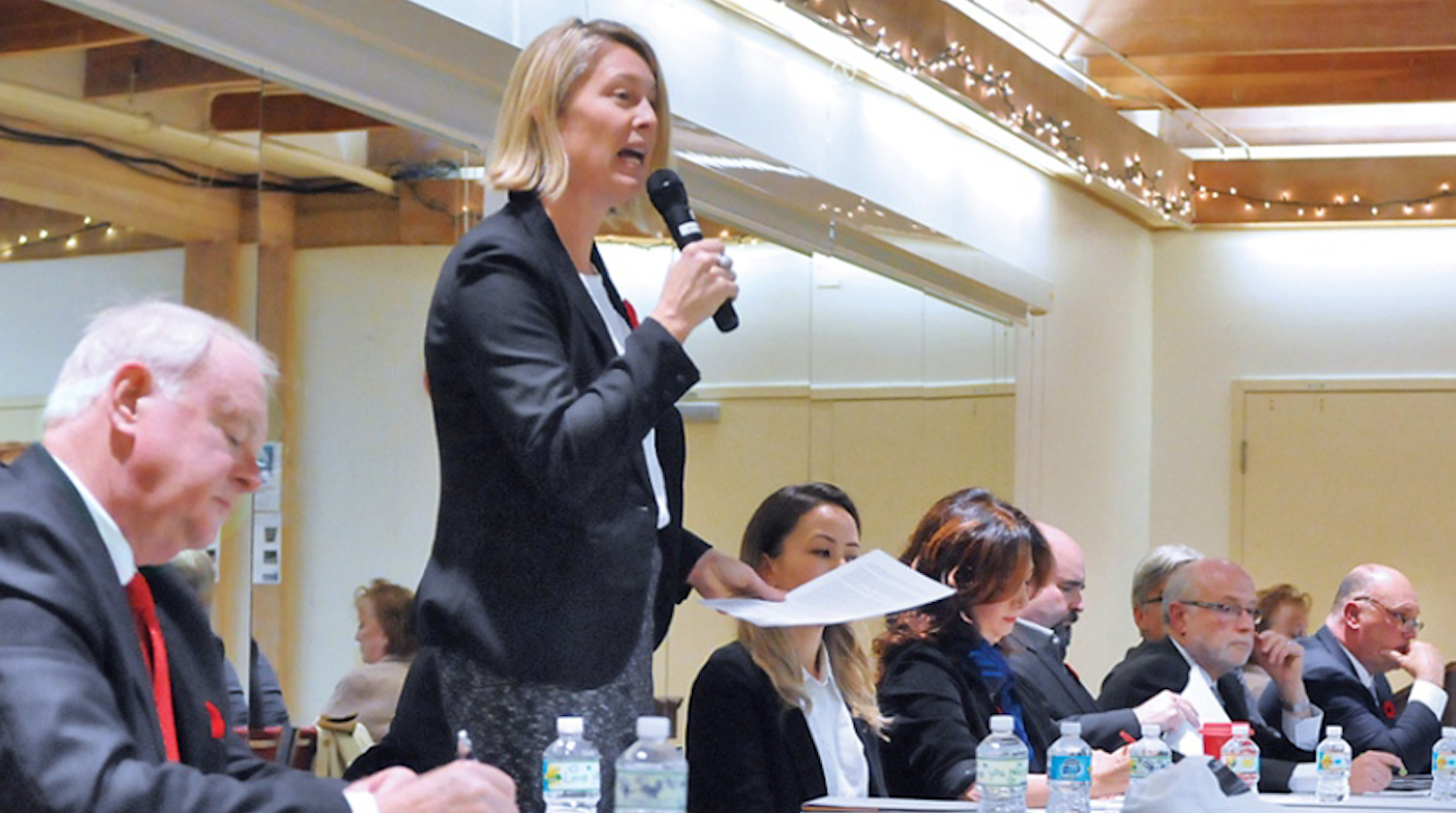 Whether West Vancouver should embrace or eschew change was one of the key themes of a byelection debate that drew dozens of concerned residents into the seniors’ centre last Wednesday (November 2).

The district should maintain its village-like character, supplementing the shopping district with a cluster of one- and two-storey townhouses and rowhouses, according to Tom Dodd.

“That will attract the kind of demographic we want … and give us a place to downsize to.”

Despite challenges that range from regional population growth to aging housing and aging infrastructure, the district should stay “small and cosy,” according to Dodd.

While she supports keeping single-family neighbourhoods “the way that they are,” Rosa Jafari envisioned development that would allow the district to preserve green space.

“We should have skinny highrises rather than two-storey houses, especially in the areas close to the ocean,” she said.

The district needs a new hotel in order to attract foreign investors and tourists who will stimulate the municipality’s economy, according to Jafari.

Giving residents a place to live and a place to park were two of David Jones’ major themes.

“There’s many businesses right now that are looking at closing … (because of) their inability to attract anyone to come to work here.”

Caregivers, trades workers, and even some white collar workers have trouble finding and affording a spot in West Vancouver’s housing market, Jones noted.

The scarcity of parking is also hurting business, according to Jones, who rejected an emphasis on walking and cycling.

“We’re not going to be ditching our cars any time soon,” Jones said.

Addressing congestion – much of which he said is caused by traffic passing through West Vancouver – would also be a priority for Jones.

Asked about the possibility of a third crossing to alleviate West Van’s gridlock woes, David Ayriss suggested that wasn’t something we should expect to see “in any of our lifetimes.”

Ayriss, who touted his work with Hollyburn Family Services Society, suggested he would work with neighbouring communities to petition the provincial government for transportation solutions.

Noting a 1,500 dip in West Vancouver’s population, Ayriss called for growth, which he acknowledged was scary to some residents: “because growth equals density equals confusion.”

However, adding some housing density would benefit many West Vancouverites.

“I could afford to transfer my home into an apartment somewhere other than North Vancouver,” Ayriss said.

“This is the legacy of mothballing an official community plan which could have outlined our future,” he said.

Krawczyk, who spent four years working with the West Vancouver Community Centres Society, noted the dearth of options for downsizing seniors and young people looking for housing. “West Vancouver is at a crossroads.”

Development density and traffic should be council’s priorities, according to Pah. “Everything else takes care of itself in many respects.”

While he opposes clearing every tree of a lot, Pahl clarified he was not a tree hugger.

“I have every confidence that if you cut a tree down, by Friday it will grow back.”

Pahl favoured strict limits on height and density and a laissez-faire attitude toward West Vancouver’s seaside.

“I believe in leaving the Ambleside and Dundarave waterfront alone.”

“We should be embracing and supporting new small businesses … as this is the backbone for a thriving community.”

While council should take a “slow and thoughtful” approach to development, Haddad underlined the importance of allowing some growth.

“Development in West Vancouver is essential to keep the taxes lower,” she said.

Both Krawczyk and former councillor Carolanne Reynolds agreed there was no time for learning during the two-year term.

“I have the knowledge and experience to be effective from day one,” Reynolds said.

Reynolds touted her record as a councillor who opposed monster houses and ushered in a community amenity contribution policy that has netted the district a windfall from developers.

If elected, Reynolds said she would work to revitalize Ambleside Town Centre. She also mentioned her record of advocating for no closed sessions for working groups.

Bamani, who has done extensive work on parent advisory committees, noted that technology has shaped every aspect of our lives, “except perhaps the most impactful: our governance.”

West Vancouver needs an online resource to guide decision-making, according to Bamani.

“My vision is to shape an online and transparent system that West Vancouver residents use to propose changes … and follow up on their progress.”

That government transparency should come from carefully defining the language of West Vancouver’s official community plan, according to Joanna Baxter.

Words like: character, density and revitalization, seem to have “lost their impact,” she noted.

If elected, Baxter said she would maintain West Vancouver’s natural beauty while offering housing for those who need it. “We must maximize our housing opportunities to make sure we take care of our most vulnerable citizens. Housing should be considered in every plan.”

Urban planner and architect Peter Lambur put a similarly strong emphasis on crafting a new OCP, which he said was overdue.

“Isn’t this process backwards?” he asked of the OCP review. “Instead of the district reviewing and making recommendations and then allowing community input, shouldn’t we, the citizens of West Van, be coming up with an all-encompassing community plan that we want and need?”

Lambur said he would be wary about any large developments until the district has a plan to alleviate gridlock. “Before we even think about development at Marine Drive and Taylor Way it is imperative that we have traffic solutions that work.” 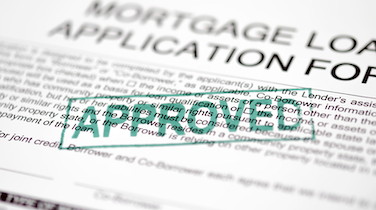 With the new foreign buyer tax in place, many non-permanent residents are wondering if...
Next Article 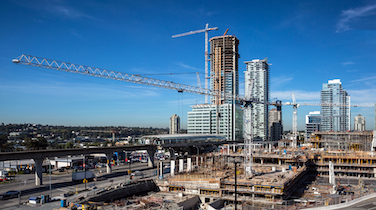 Lending rules have tightened but there are still great opportunities for cash-rich...