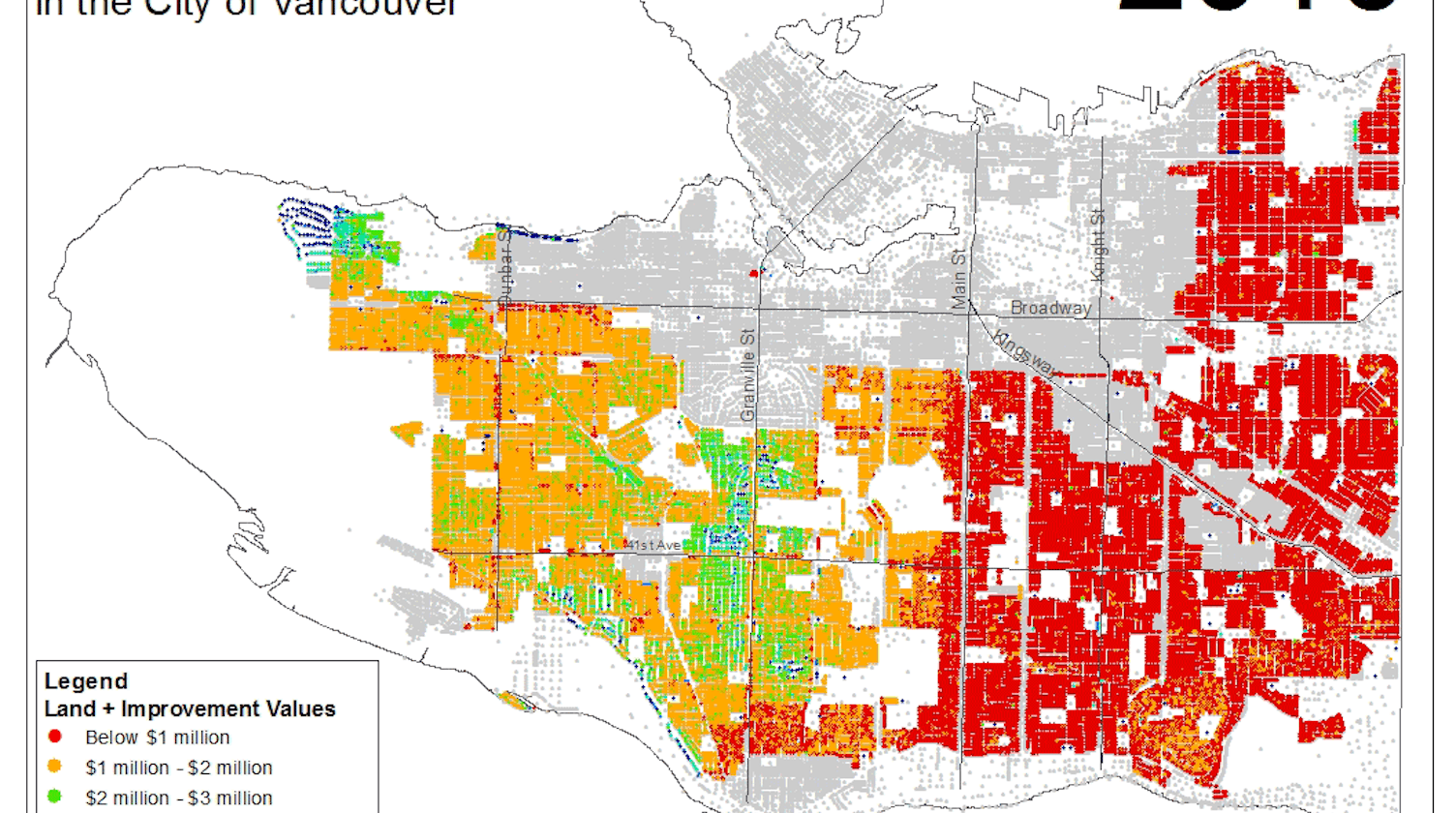 This fascinating heat map (animated below) has been causing quite a stir in local media this week, revealing that the traditional line between high house prices of Vancouver's West Side and the lower prices of East Vancouver has blurred considerably in just five years.

The map, by urban planning researcher Andy Yan of Bing Thom Architects, takes City of Vancouver data on house prices from 2010 and 2015, and colour-codes homes accordingly. Red denotes house prices under $1 million, moving through orange, yellow, green and blue as the properties get more expensive, up to indigo for houses over $5 million.

East Vancouver's under-$1m homes decrease dramatically between 2010 and 2015, and homes below $1m all but disappear from the West Side over the same period. The longstanding dividing line of Ontario Street, where East and West sides meet, can still be seen in 2015 but to a much lesser degree than five years ago.