Vancouver’s population growth may only be the 11th highest out of all Canada’s Census Metropolitan Areas (CMAs) but Vancouver proper has the highest number of people per kilometre, according to new 2016 Census data released February 8 by Statistics Canada.

In the first of seven promised tranches of data collected in the 2016 Census, to be released throughout this year, the federal statistics agency revealed population numbers, growth rates and densities for cities, regions, provinces and territories across Canada.

The population of Vancouver CMA (Metro Vancouver) stood at 2,463,431 in 2016, which was the third-largest of Canada’s CMAs after Toronto (just under six million) and Montreal (just over four million).

Vancouver CMA’s population was 6.5 per cent higher than in the 2011 data, which put it in 11th place of all CMAs in terms of growth rate and above the national average. In BC, Vancouver’s five-year growth rate was outstripped by population growth in Kelowna (sixth-highest nationally at 8.4 per cent) and Victoria (eighth at 6.7 per cent). Furthermore, Vancouver’s 6.5 per cent was notably lower than the 9.5 per cent growth it posted over the previous five years in the 2011 Census data.

Nationally, the Census counted 35,151,728 people living in Canada as of May 10, 2016, which is up 5.0 per cent since 2011, making it the highest national population growth of the G7 countries. Statistics Canada reported, “About two-thirds of Canada's population growth from 2011 to 2016 was the result of migratory increase (the difference between the number of immigrants and emigrants). Natural increase (the difference between the number of births and deaths) accounted for the remaining one-third.”

Despite its somewhat slowing growth rate, Vancouver proper (census subdivision, not CMA) had the highest population density in the country, with 5,492.6 residents per square kilometre inside the city limits. Also in the national density top 10 rankings were New Westminster (4,543.4 people/sqkm), North Vancouver (4,465.1) and Victoria (4,405.8) – putting them respectively in sixth, seventh and eighth place overall.

That compares with a national density of only 3.5 people per square kilometre overall (compared with 35 people/sqkm in the US). However, Statistics Canada noted that two-thirds of the Canadian population lives within 100km of the US border, in an area just four per cent of Canada’s total size. 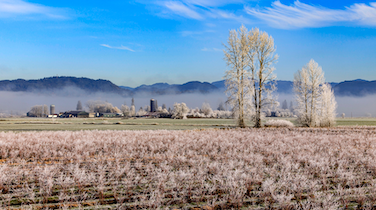 Valley housing trends seeing effects of changing market, but sales not declining like...
Next Article 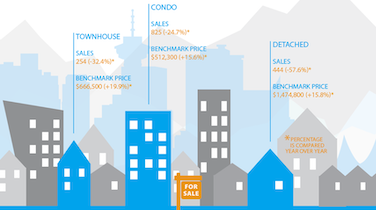 Home sales are way down over last January's, but prices are still much higher than a year...