As real estate prices continue to hit record highs, increasing pressure is being put on the rental market, pushing vacancies ever lower, according to a new Canada Mortgage and Housing Corporation report.

Apartment rental vacancies in Victoria and Vancouver are second and third lowest in the country, at 1.2 per cent and 1.4 per cent respectively, according to the spring edition of the biannual market report.

The CMHC said the drop in Vancouver stems from a decline in the vacancy rate for one-bedroom units, which dropped to 1.2 per cent from 1.7 per cent a year ago, while other unit types remained relatively unchanged.

Across British Columbia the overall rental vacancy rate declined to 1.8 per cent in April 2015 from 2.4 per cent the previous April.

“Affordability for purchase in Vancouver and Victoria has slipped further, despite the lower mortgage interest rates‎ and this is keeping people in rental market longer than traditionally,” said Campbell.

“Population growth continues to remain relatively strong and, under a traditional economic model, new migrants to an area rent for the first two and a half years before deciding whether to stay and then whether to buy.”

He added, “With Gen X and Millennials, there is not as high of a priority placed on ownership, so renting is not as stigmatized as it previously was.”

The average rental price for all unit types in Vancouver increased 3.3 per cent year over year to $1,121 per month, which is the highest in BC, followed by Fort St John at $1,083.

Other areas including Nanaimo and Campbell River also reported drops in vacancy rates, with Kamloops and Abbotsford-Mission remaining flat year over year.

However, rental vacancy rates increased in some Interior and Northern BC regions, including Kelowna, Fort St John and Prince George, where they stand at 5.3 per cent compared with 4.2 per cent last April. 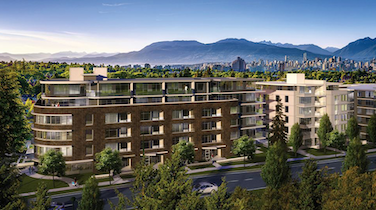 Amenity levies charged to developers, such as CACs, are ultimately passed on to the buyer –...
Next Article

Amenity levies charged to developers, such as CACs, are ultimately passed on to the buyer –...