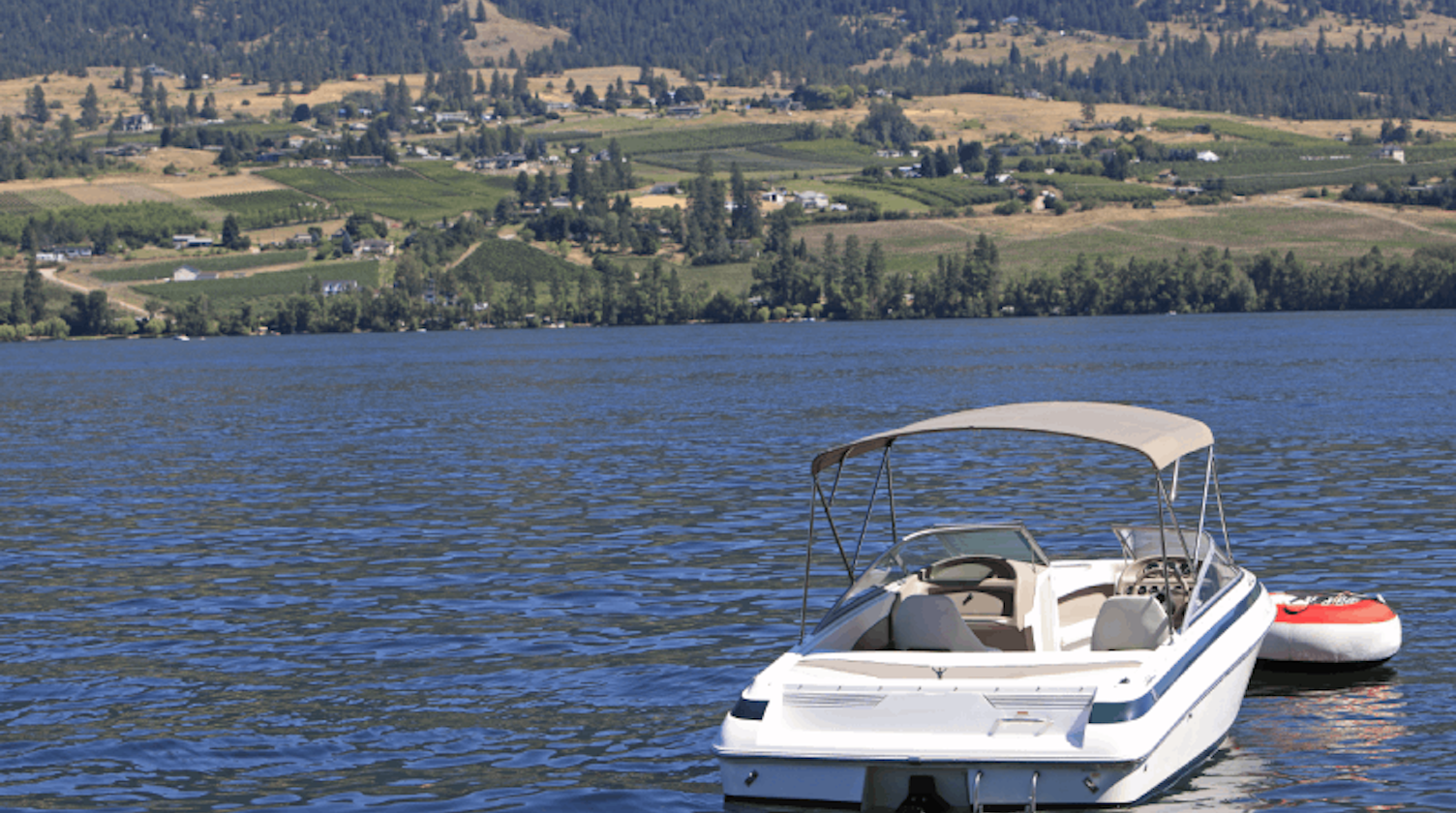 Aside from simply absorbing the breathtaking beauty around every corner, there is a world of activities awaiting the eager explorer. Each season brings something new and eventful, making Okanagan Lake a year-round destination.

The good news is that since 2004, the ONA (Okanagan National Alliance) began to replenish the salmon population in the lake. They accompany the rainbow trout, whitefish, and burbot. While the big boys go for the big fish, some of the aforementioned reaching over 20 pounds in weight, the kids can fish for the smaller trout, whitefish, and pike minnows.

Any fisherman knows it’s all about timing, and that spills over into seasonal timing for fishing too. Fast becoming a favourite winter sport, when there is less boating, finding the elusive peace and tranquillity that fishermen crave.

Some prefer to book a fishing charter with companies who know where the fish are, with the added bonus of having essential equipment on board at all times.

Water sports are a feature of Okanagan Lake, so temperature matters. Climate change is said to have resulted in fewer frozen-over lakes in BC, Okanagan Lake is one of them.

The water temperature at Lake Okanagan averages 19 – 23C or 69 – 71F in the June/July season. It’ll be warmer at the edges where it’s shallow. That makes it perfect for the paddlers, swimmers, and scuba divers at any of the 30 beaches along the shoreline.

It would be impossible to know how many folks have visited Okanagan Lake, whether overtly or covertly, hoping to spot Ogopogo. The mythical water creature is said to protect the valley and its lake. Tourism no longer indulges a focus on the so-called monster of the deep, but the legend is alive and well, nonetheless.

If your curiosity gets the better of you, and you want to learn more about this legend from the indigenous peoples, consider the canoe Moccasin Trails. Guides take great delight in explaining the ancients' respect and innate connection with the earth and its elements.

This iconic destination delivers every bit promised and some. Boating of all kinds is on display. Cruise boats, water taxis, and hydro-flying are but some of the regular sights. Traditional sailing and luxury lake tours vie for attention from parasailing and speedboats.

End off your day by boarding the tubelike BBQ Boat with a group of friends and enjoy your BBQ out on the crystal-clear water of Kelowna’s magnificent Okanagan Lake.

Memories are made of times like these spent on the water, surrounded by stunning views no matter the weather.

Are you an adventure seeker looking for recommendations on the best hiking trails in...