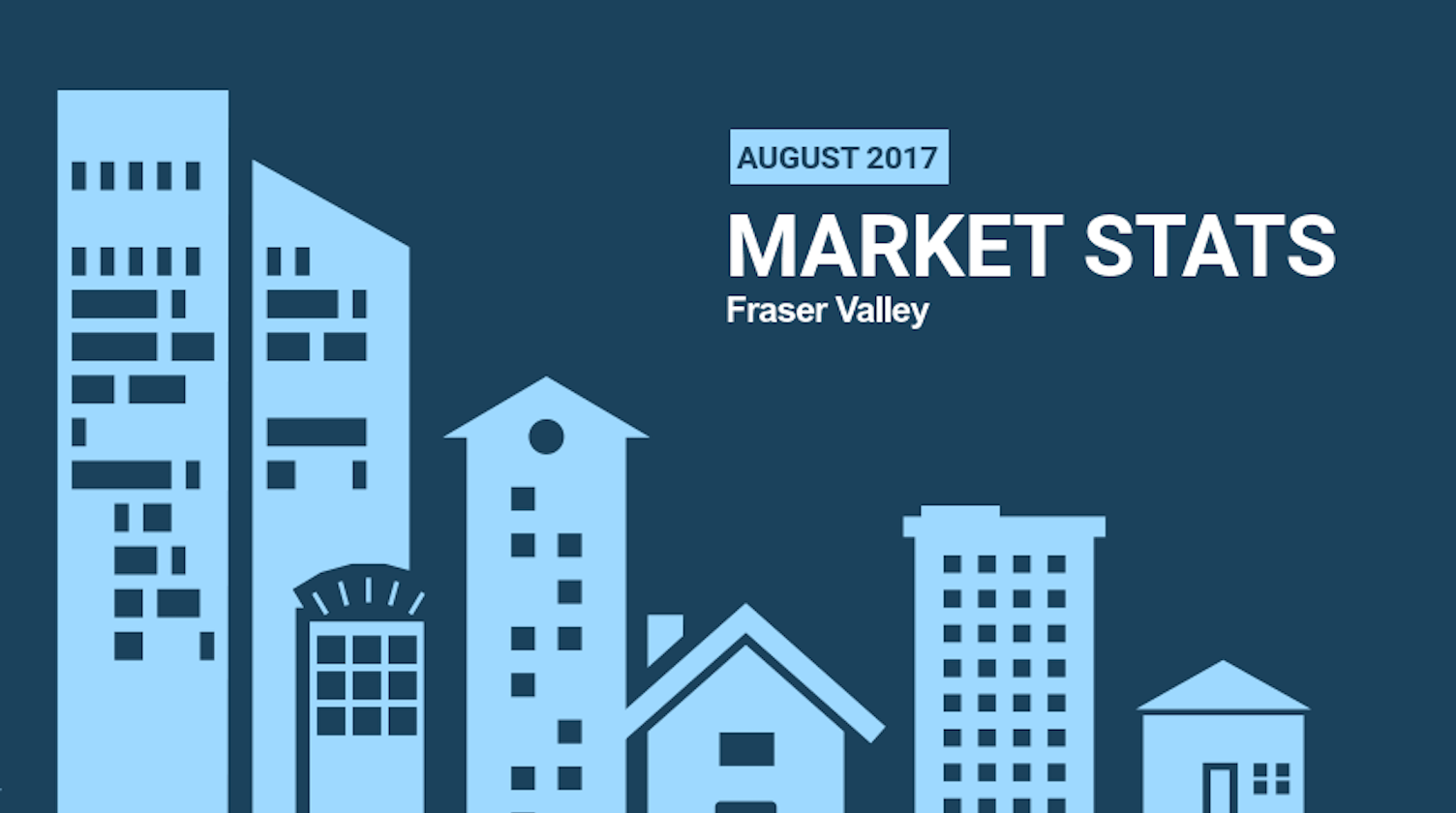 The Fraser Valley saw 1,879 property sales in August – all types, including residential, commercial and industrial – according to Fraser Valley Real Estate Board (FVREB) statistics released September 5.

In terms of purely residential sales in the region, the sector performed even better, with 1,704 homes exchanging hands in August. Although this figure is 2.3% below July’s home sales, it is 13.6% higher than one year ago, which makes it the second busiest-ever August for home sales on FVREB’s records, after 2005. 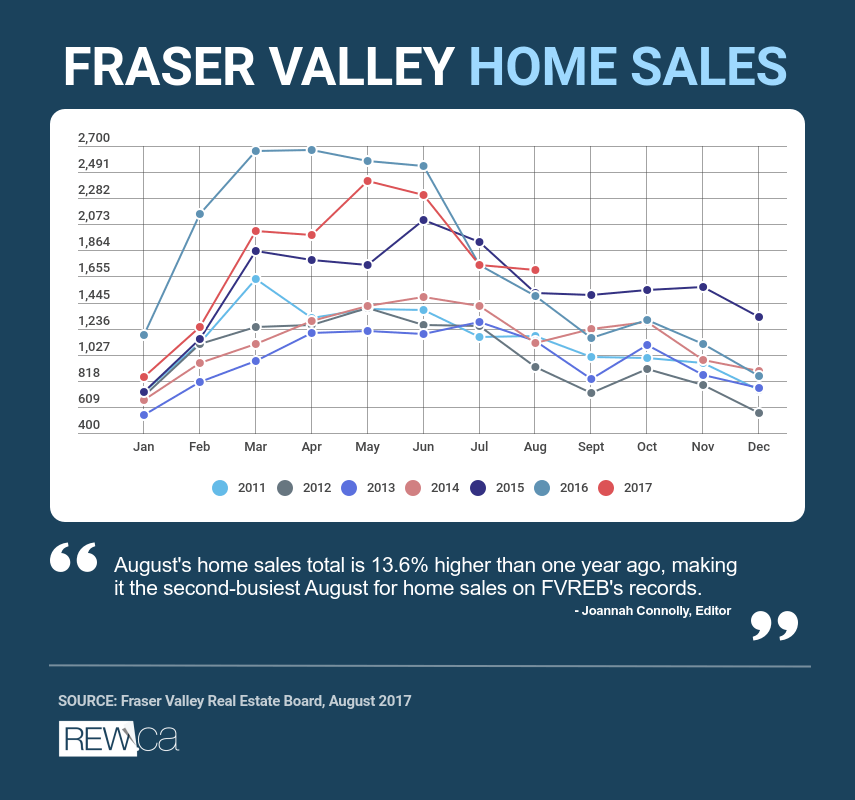 The Fraser Valley benchmark home price (all types combined) stands at $740,400, which is up 15.2% higher than August last year and another 1.8% increase in a single month, after July’s price jump of 3.8%.

With the shortage of new supply and an annual increase in sales, this pushed total active listings down to 3,908, which is a monthly decline of 5.7% and a year-over-year drop of 7.2% – and that’s compared with what were considered to be low listings at the time.

Gopal Sahota, FVREB president, said, “It’s not surprising to see demand like this still so late into the summer; the Fraser Valley has never been a better place to live than it is now. Our communities are thriving, and there are still affordable options throughout our region. Also, it doesn’t hurt that removing the bridge tolls gives us even greater access to the Lower Mainland.”

There were 686 single-family houses across the Fraser Valley in August, down 8.9% compared with July. Although this was the only home type to see a monthly decline, its generous share of market meant this was enough to pull the region’s total home sales 2.3% lower than the previous month. Detached home sales in August were nevertheless 8.2% higher than August 2016.

Townhouses, duplexes and row homes saw 470 sales in August, up 14.4% year over year and a healthy 5.1% rise after July’s sluggish performance in this property type.

Continued scorching condo sales meant that total active condo listings as of the end of the month were down 13.6% compared with a year ago, at 649 units, which is also 10.6% down from the previous month.

Single-family houses and townhomes also saw month-over-month and year-over-year decreases in both new listings and active inventory as of the end of August.

Home prices just keep rising in the Fraser Valley, with the benchmark price of a typical Fraser Valley home (all types combined) now at $740,400, 15.2% higher than August last year and a month-over-month rise of 1.8%.

Once again, this overall increase was driven largely by the ever-rising price of condos, which jumped 32.8% year over year and 2.4% in a single month. However, at $349,300, this benchmark price is still extremely affordable compared with Greater Vancouver.

For a visual overview of Fraser Valley real estate market statistics for August 2017, see our detailed infographic below. 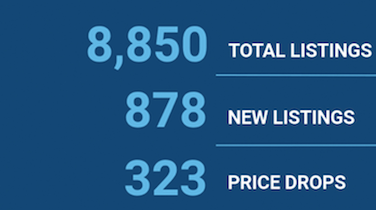 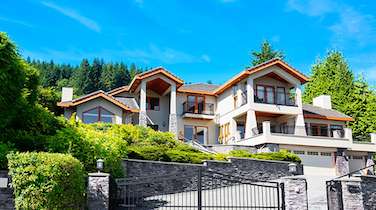 Rising Canadian real estate prices and a healthy stock market have contributed to the...