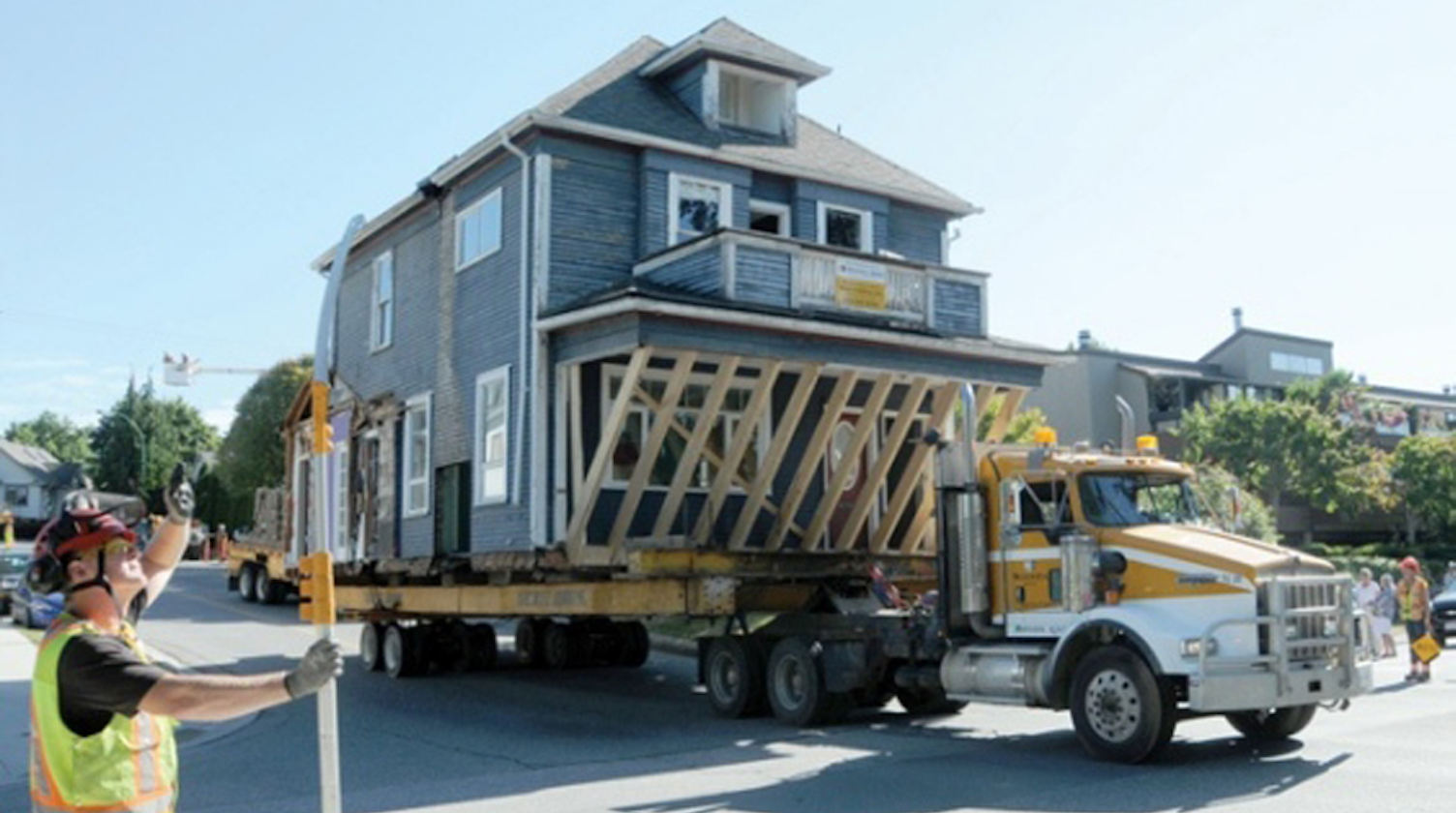 While some couples collect art or small antiques, Heather Patterson and her boyfriend have a penchant for accumulating entire heritage homes.

The couple has started their collection with a set of turn-of-the-century houses in the 200 block of East Fifth St. in North Vancouver. The purchase price was a steal: $1 for both, a proposition made by a developer looking to save the homes from demolition. The catch: Patterson and her boyfriend, Sean McQuillan, had to find the land and pay for the associated costs with moving, trucking and barging the homes to a new location.

Approximately $200,000 later, Patterson is still elated with her heritage finds. The couple’s plan is to create an enclave of old-fashioned homes, piece-by-piece, on a street in Maple Ridge richly steeped in BC history – starting with the two former Lower Lonsdale abodes.

Throughout the past week, Patterson watched from the sidewalk on Fifth Street as workers carefully hoisted her Edwardian-style stunner and the other character home from their foundations.

“I was a little bit nervous because one of the houses appeared to be offset,” said Patterson.

A woman who grew up in one of the homes stopped by to chat and reminisce about the home her great-grandfather built. Her husband who “courted” her while she was living in the character home was by her side to watch the excavation.

“She told us fun stories about where she used to suntan on the roof,” said Patterson.

It’s tales like those that inspire Patterson to want to preserve a piece of history. “I’m a little soft, I like the stories of the homes, too,” she said.

The Ward Residence, one of the two homes, has plenty of Edwardian character. Built for jeweller Benjamin Stewart, the home still boasts its original old wood frame windows.

“It has a clawfoot bathtub, which we were pretty thrilled about,” said Patterson.

North Shore Heritage Preservation Society president Peter Miller was on hand to watch the spectacle Friday as the homes strapped to a flatbed slowly inched along St. Georges Avenue towards the Seaspan dock.

“The fact that they are going to all this trouble with it, and allowing (the houses) to live on, even if it’s in a new location, and give pleasure to a new generation” is wonderful, said Miller.

The benefits of the arrangement include saving two well-built character homes from the landfill and preserving the heritage of the homes, he said.

But the deal wasn’t as simple as it seems. There were extra costs – in the range of $100,000 out of the total $200,000 – related to asbestos removal and excavation of the North Vancouver site that Patterson said she didn’t know about when she signed the contract. Patterson has since worked out an arrangement with the developer Charan Sethi.

From the Seaspan dock, the homes were to be barged to a shipyard in Maple Ridge over the weekend and then driven to Port Hammond – a historical area associated with the CPR and a large sawmill.

What started as wanting to save the Ward Residence has turned into an wider undertaking for Patterson, who has her eye on the heritage housing stock and is ready to pounce.

“They are demolishing about three a day in the Lower Mainland,” said Patterson, who has been involved in real estate investment for six years and said she’s excited about this special heritage project.

She plans to move into one of the homes in the new Hammond neighbourhood. 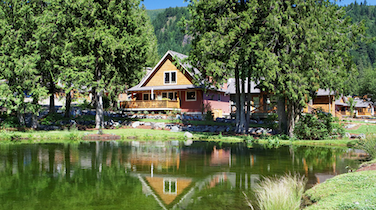 With local house prices so high, more and more people are selling up and living in their...
Next Article

With local house prices so high, more and more people are selling up and living in their...