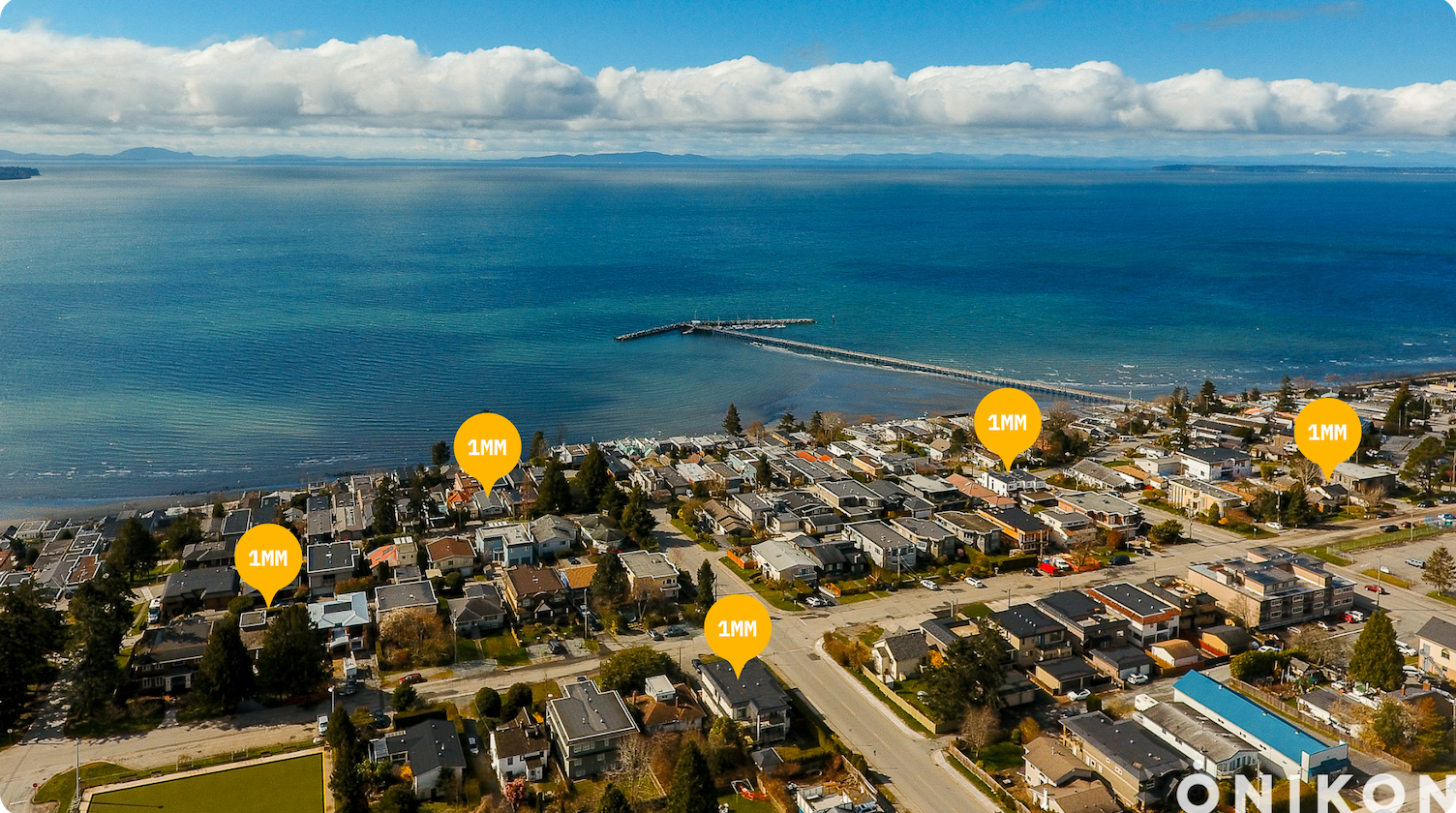 There are a million reasons to love living in British Columbia. And a million dollars can go a long way. A stack of a million loonies, for example, would be just shy of two kilometres tall. That’s the height of almost four CN Towers. The question is, can a million loonies go a long way towards buying a new home? Let us guide you to some concrete numbers that you can use to make a decision about whether a new home is right for you. We’ll begin our journey with the million-dollar question:

What does a new $1 million home look like in BC? 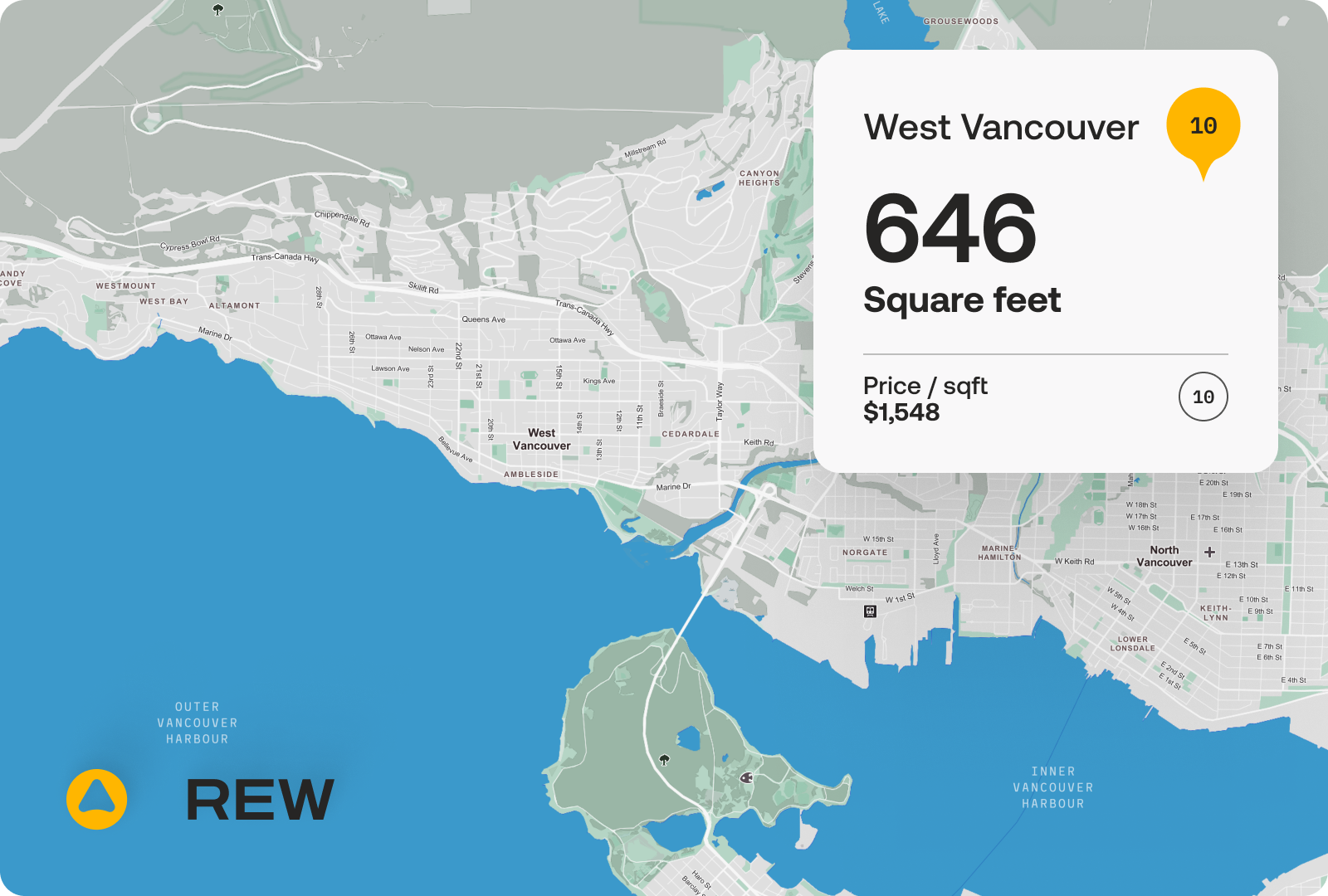 What a new $1 million home looks like in West Vancouver: 646 square feet

Home to some of the most impressive properties in British Columbia, it’s no surprise that West Vancouver is pricey. There’s not much for sale under $1 million in this neck of the woods. The median size of a home you can expect to get for that much money is only 646 square feet. At the end of the day, new homes being contemplated in the area are much larger in size than that, so you’ll need to take out your pocketbook if this is a place you want to call home. 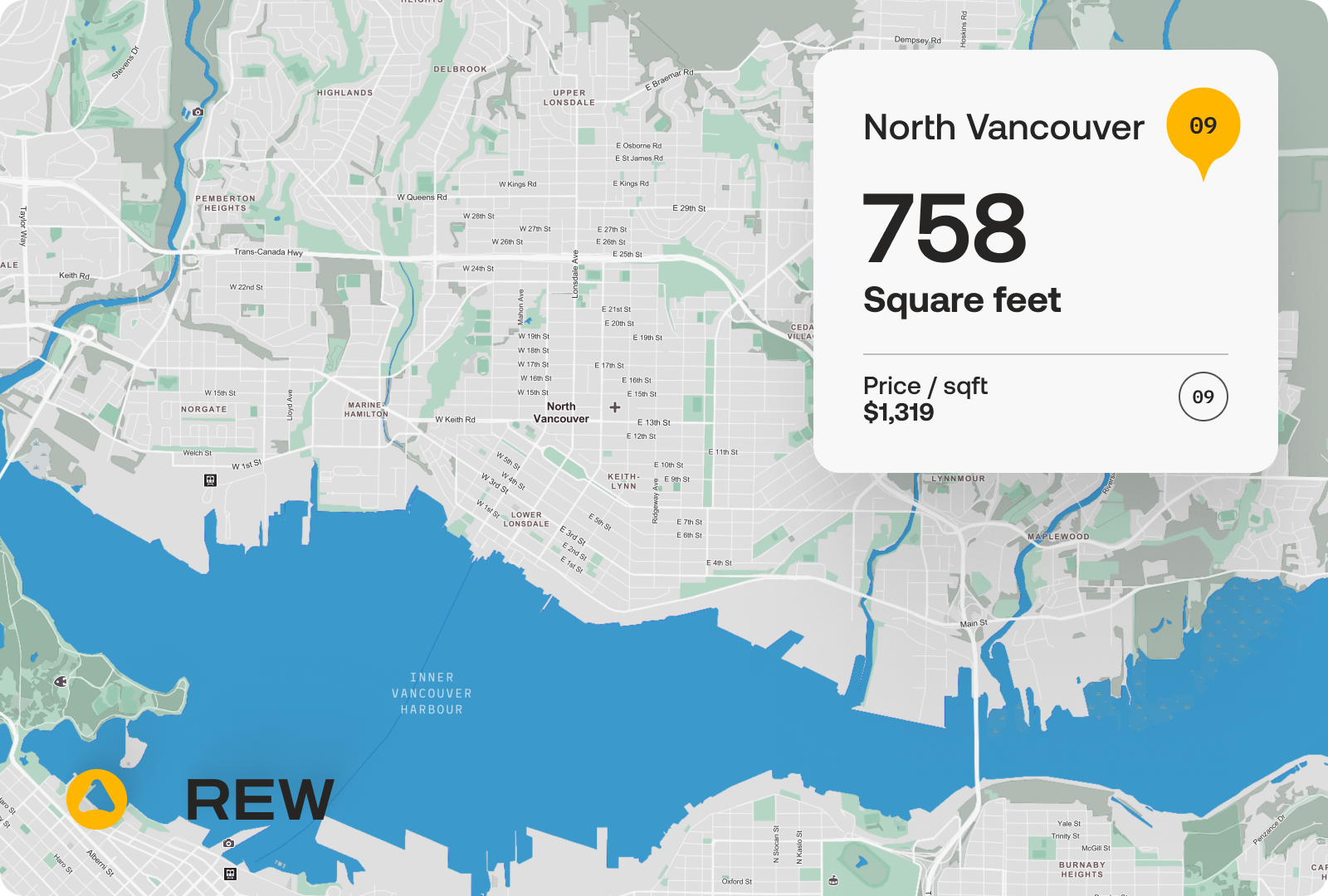 What a new $1 million home looks like in North Vancouver: 758 square feet

The best views of the city are from North Vancouver, and naturally, views come with a cost. A population of just 52,000 with 3,682 new homes planned in the next two years makes North Van one of the faster-growing cities on our list. Access to the city, good breweries and restaurants and a great community feel makes this a really desirable area. 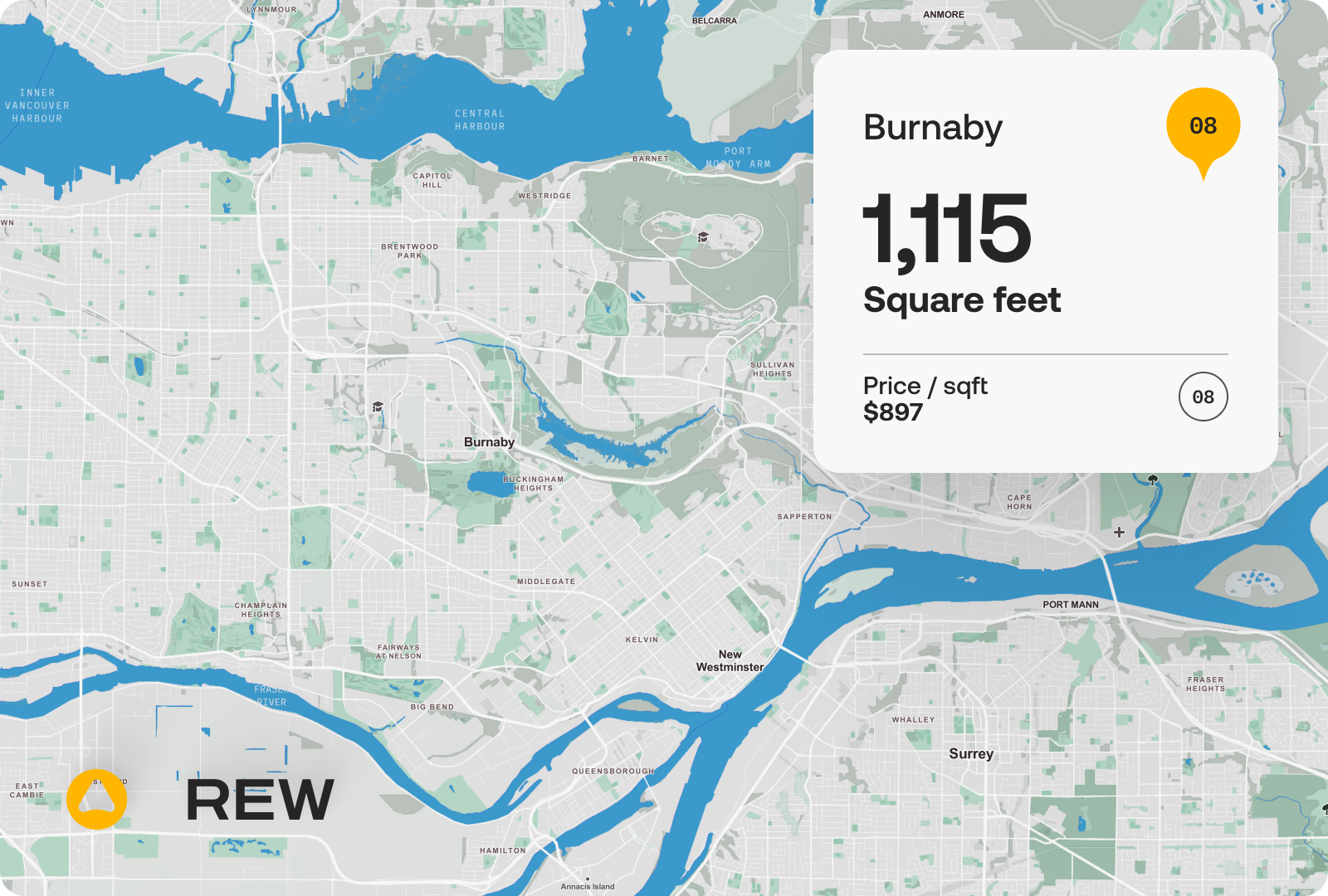 What a new $1 million home looks like in Burnaby: 1,115 square feet

As of June 2022, the average price of a home in Burnaby was $1,162,364. This includes condos, townhomes and detached homes. The amount of square footage you’d receive for a new home is actually not far off from a resale property, 1,115 square feet vs. 1,128 square feet. With Burnaby being one of the fastest-growing sub-markets on our list, looking at a new home in the area might make sense for some first-time buyers. You won’t need to spend anywhere close to $1 million to find a new build here. 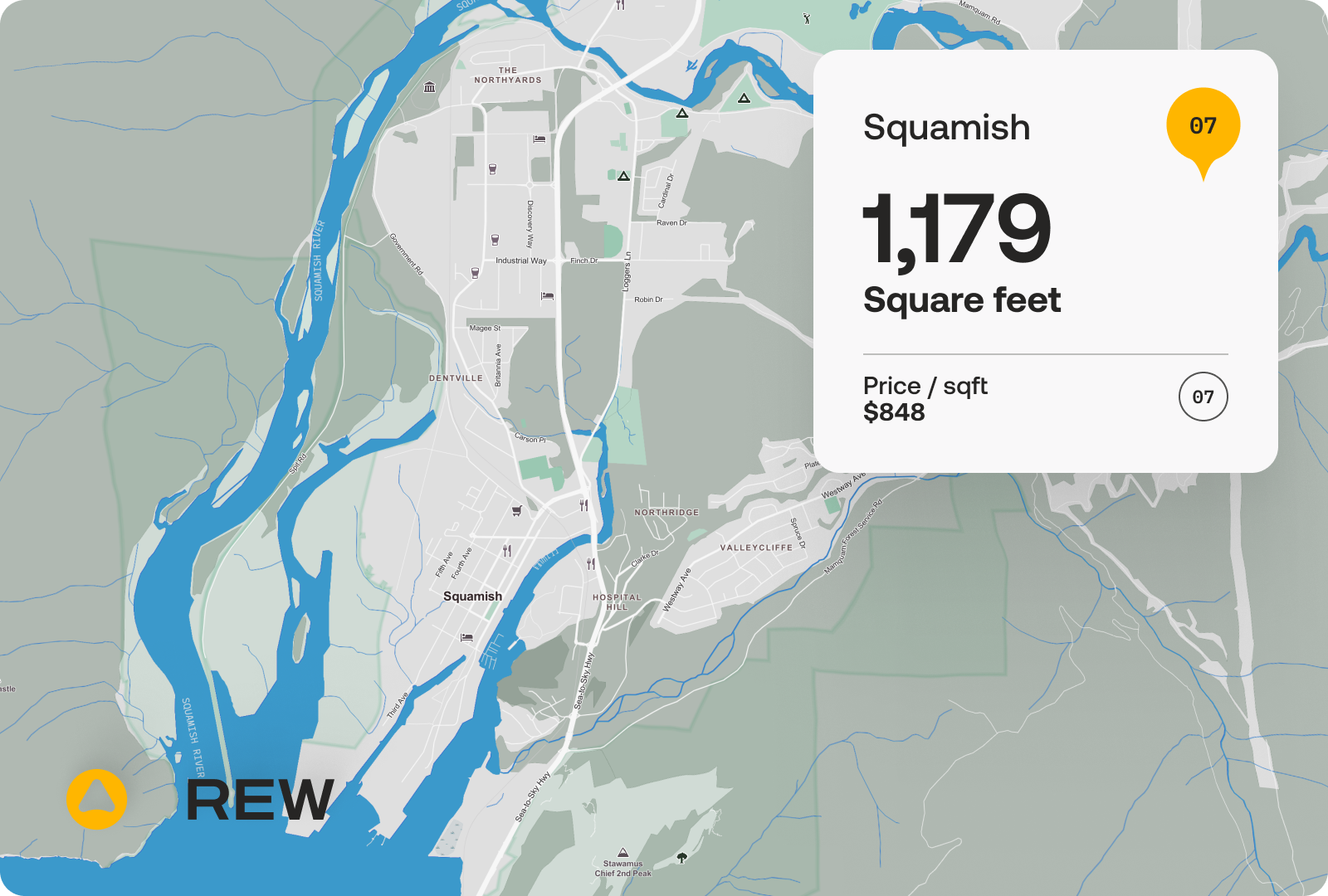 What a new $1 million home looks like in Squamish: 1,179 square feet

Vancouver’s backyard has become increasingly more popular over the past decade. Twenty years ago, very few would have anticipated that in 2022 Squamish would sit above Richmond and South Surrey/White Rock on this list. But maybe that was short-sighted. Squamish has incredible access to nature, proximity to Vancouver and Whistler, and one of the best city backdrops in North America. What more do you want? 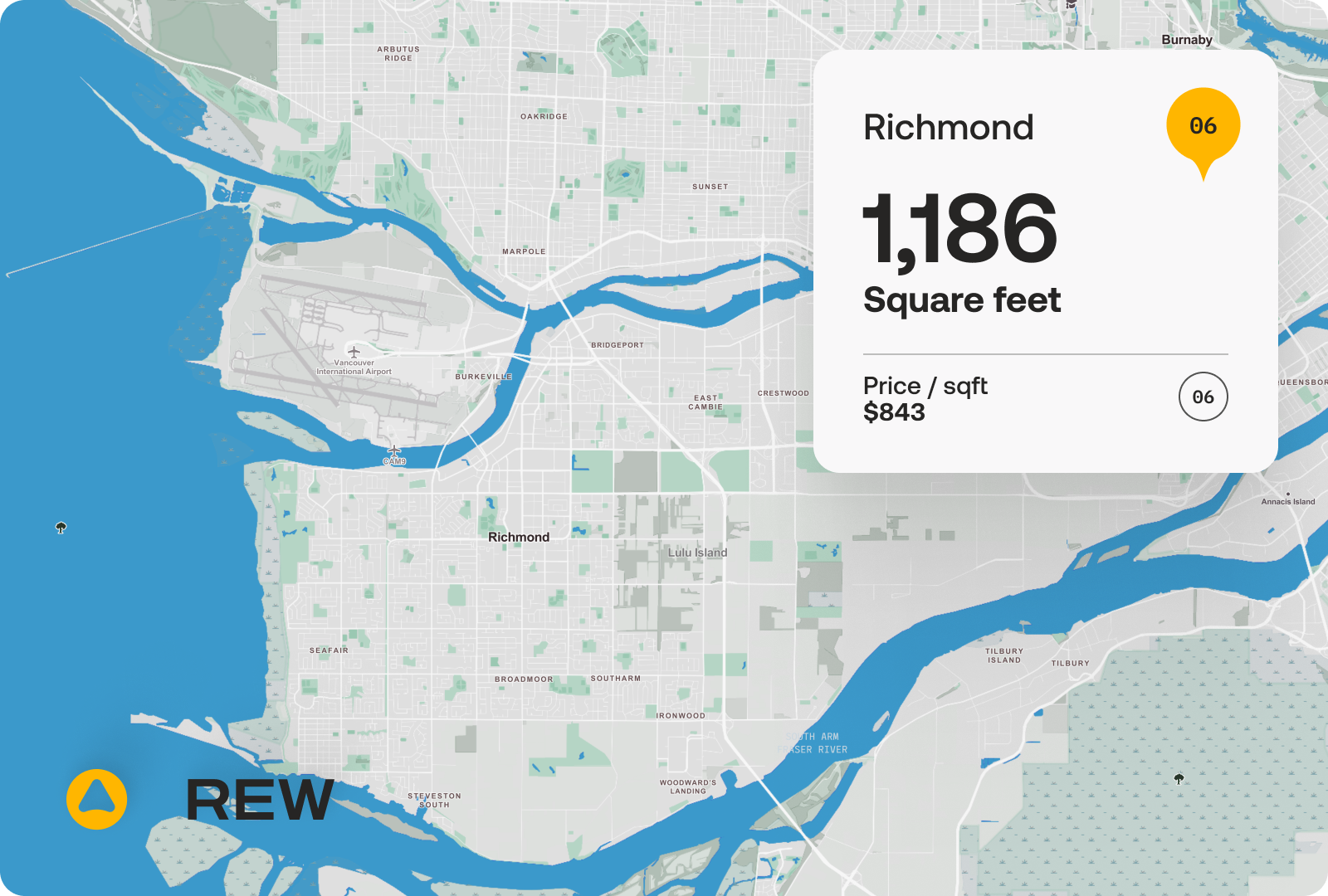 What a new $1 million home looks like in Richmond: 1,186 square feet

Compared to the median price per square foot for all homes in Richmond, new homes are actually coming in at a slight discount. Right now, $1 million will buy you 1,182 square feet for a resale property, just four feet less than a new home. Hello, scooter storage.

With over 11,000 new homes being added to the city over the next two years, Richmond is the fifth fastest growing area in BC, behind only Vancouver-West, Burnaby, Coquitlam and Surrey. 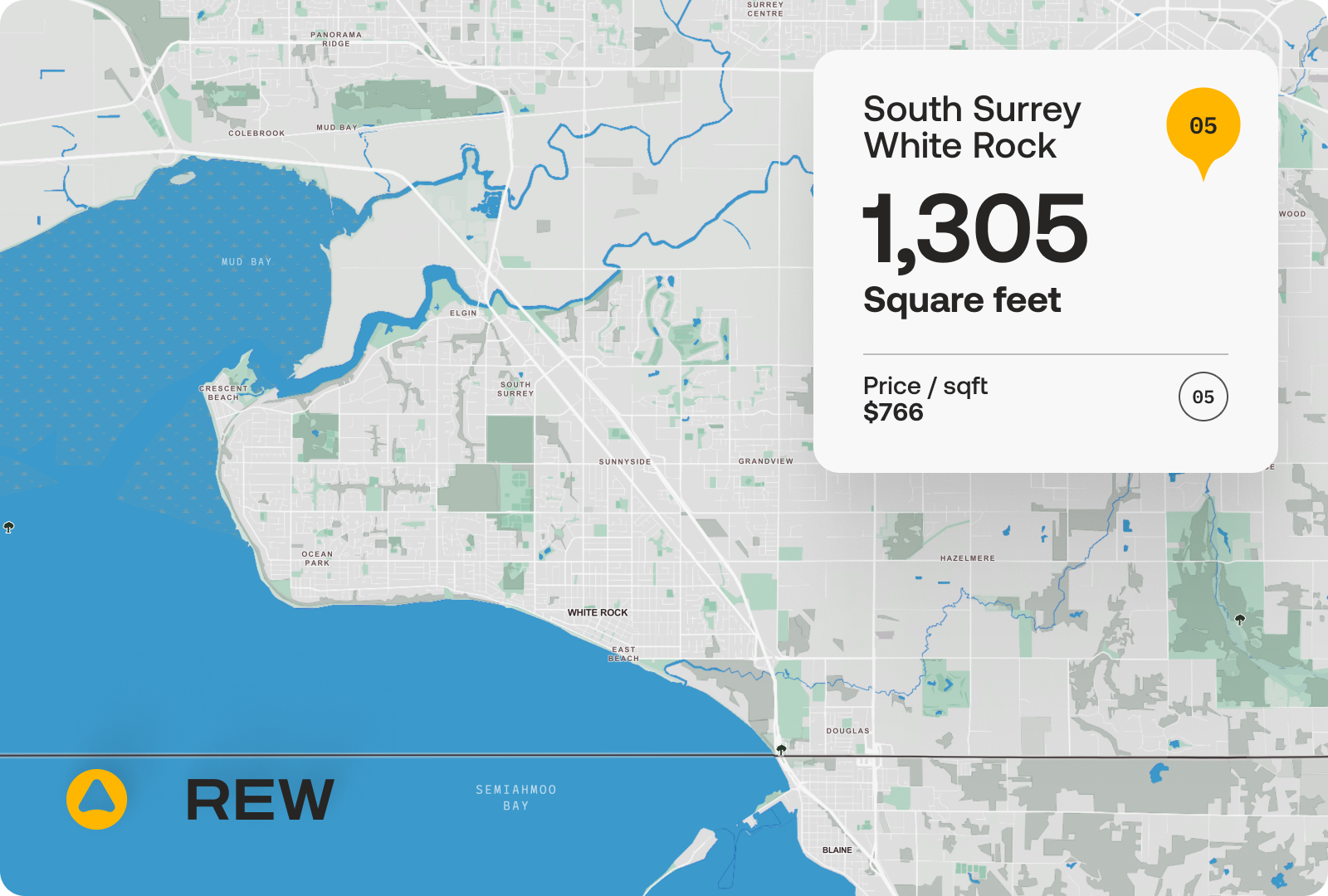 What a new $1 million home looks like in South Surrey/White Rock: 1,305 square feet

With a current population of roughly 97,000 and less than 4,000 units currently being contemplated, the South Surrey/White Rock area is one of the slower-growing sub-markets on our list. Development in the area has been massive over the last decade, so if you can’t get your hands on a new home in the next two years, there are plenty of homes less than ten years old worth checking out on REW.

White Rock was the most searched neighbourhood on REW for the first half of 2022, take a look at other areas that have shown the most interest from homeseekers. 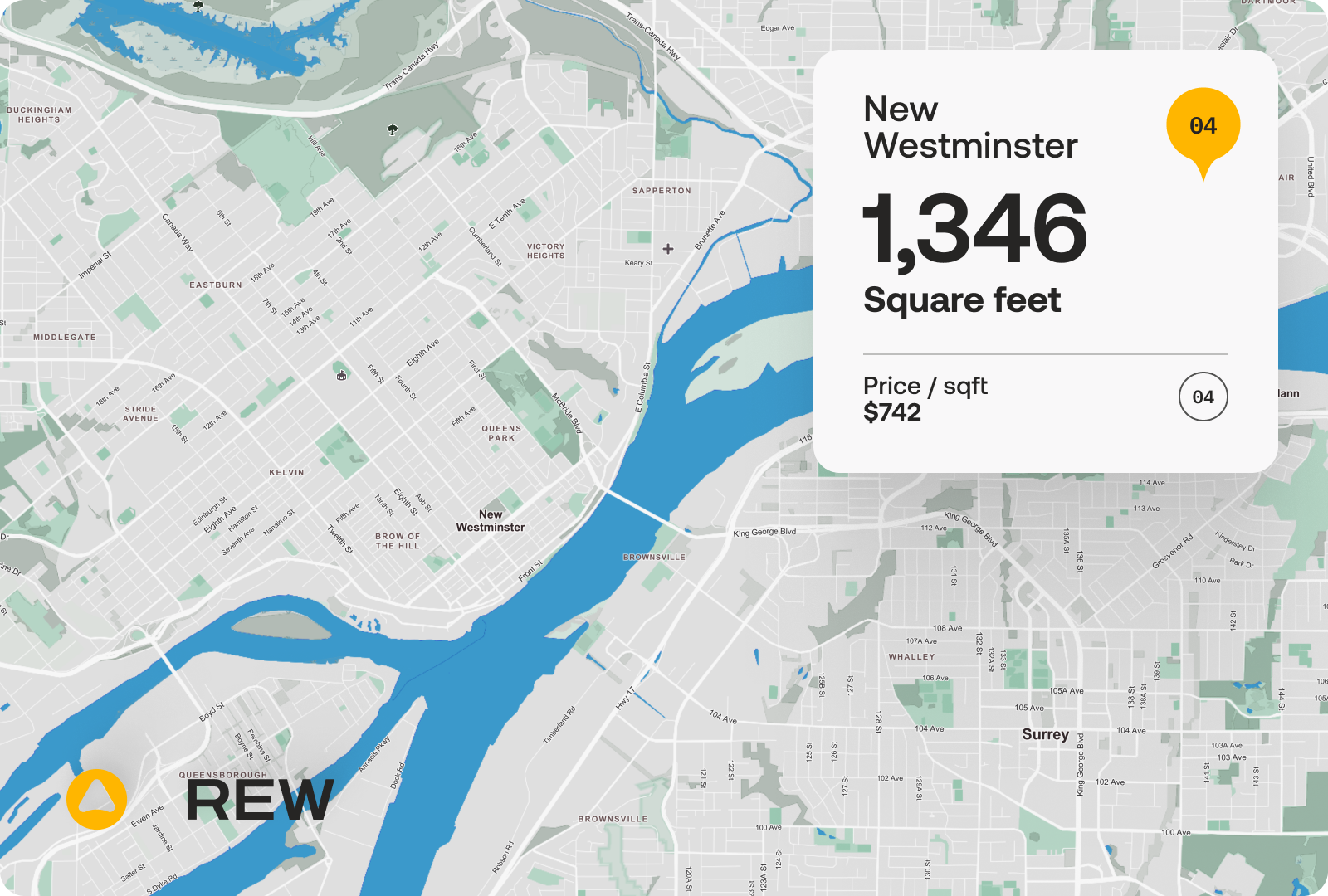 What a new $1 million home looks like in New Westminster: 1,346 square feet

The oldest city in BC has seen a lot of development in recent years, in particular in the Queensborough and Downtown areas. REW search data shows that those considering a move to New Westminster are much more interested in condos than detached homes, with a huge portion of search traffic focusing on the condo market. Those patterns are why developers are so interested in the area, with 7,339 units planned over the next two years in a city with a population of just 70,000. 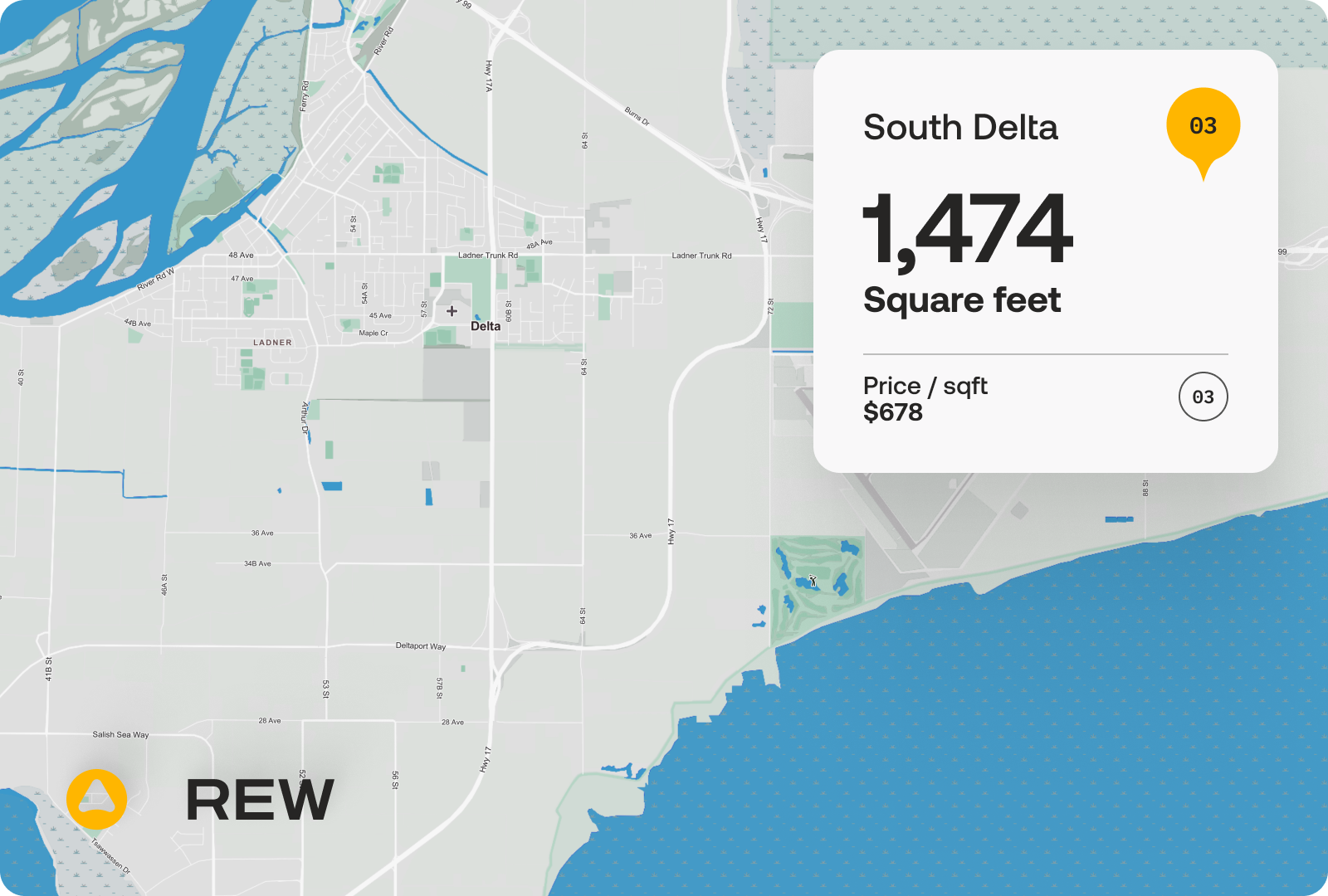 What a new $1 million home looks like in South Delta: 1,474 square feet

When it comes to interest in condos vs. detached homes, South Delta is the opposite of New Westminster. Homeseekers here are looking for detached homes at a rate of greater than 2:1, which is likely why contemplated projects are lower here than in many of the other cities on our list. That being said, South Delta has become increasingly popular with young families and first-time homebuyers, and we’d expect new builds in the area to attract a lot of interest. 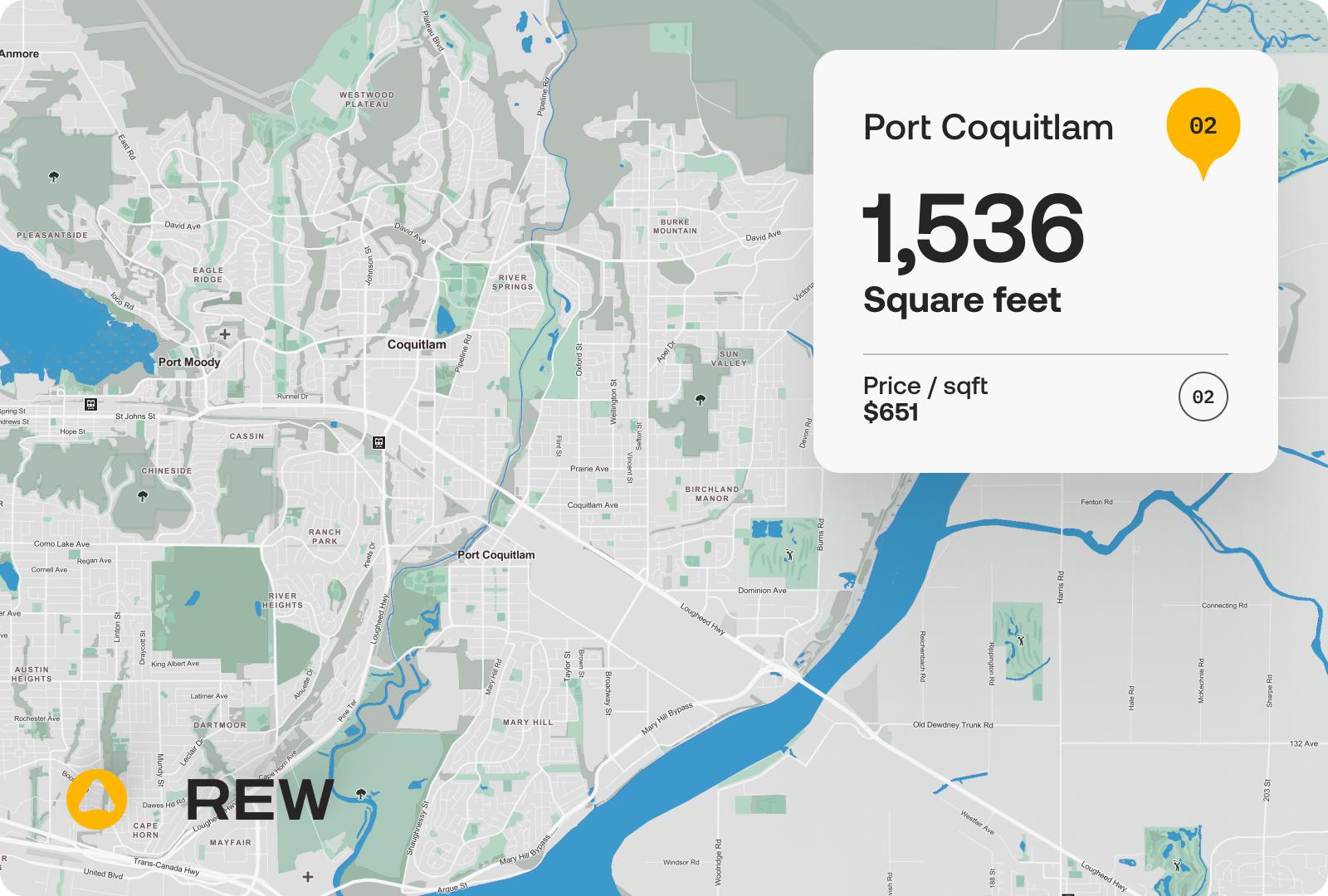 What a new $1 million home looks like in Port Coquitlam: 1,536 square feet

Neighbouring Port Moody gets much of the attention, but Port Coquitlam is where your dollar goes furthest in the Tri-Cities. The market growth rate is slow here compared to Coquitlam and Port Moody, but search traffic for Port Coquitlam continues to remain high on REW.

There’s an even mix of interest in condos, townhomes, and detached homes in the area, which isn’t common across Greater Vancouver’s municipalities. PoCo has something for everyone. 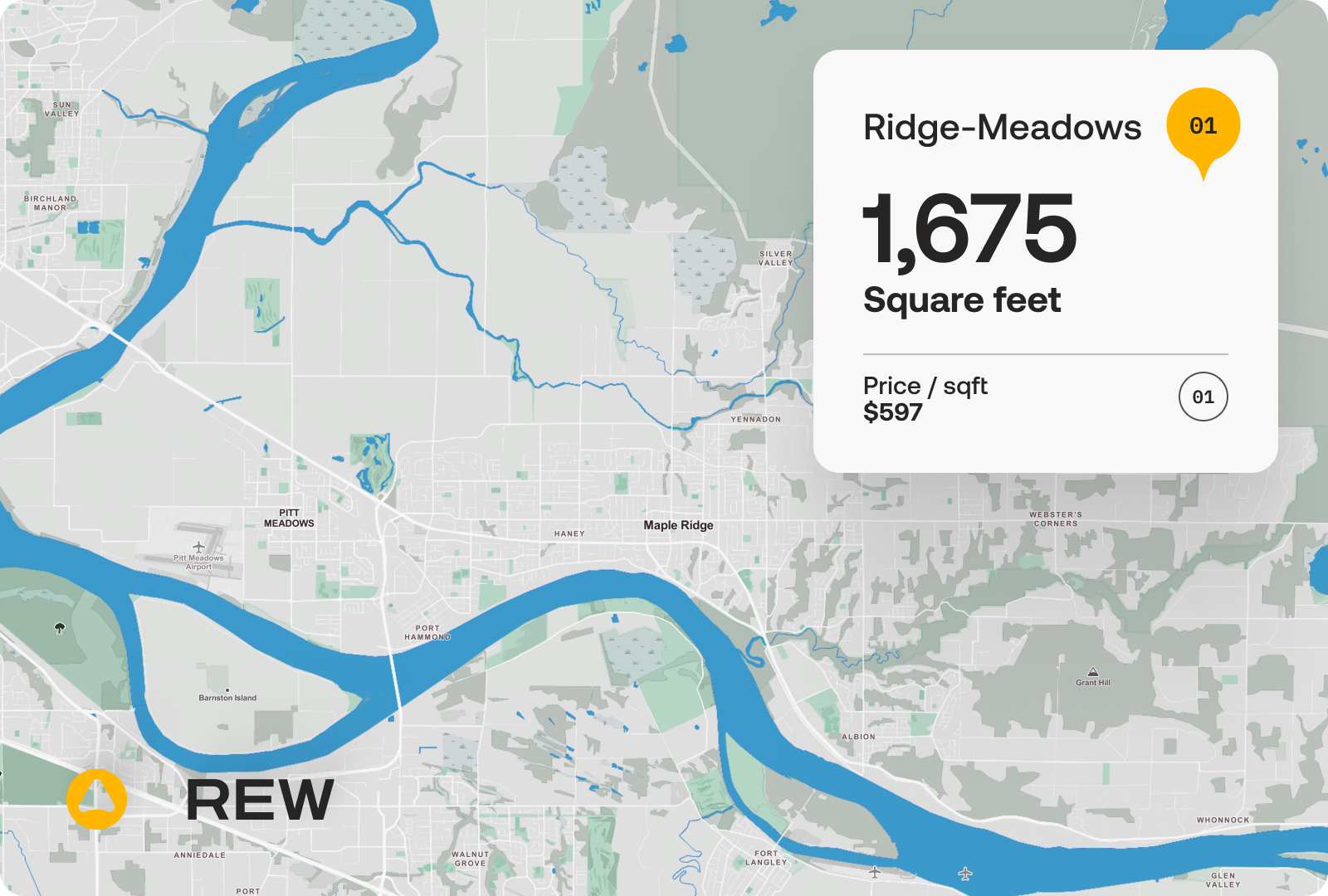 What a new $1 million home looks like in Ridge-Meadows: 1,675 square feet

The majority of searches on REW in Maple Ridge and Pitt Meadows are for detached homes, followed by townhouses, and then condos. Your dollar goes further in Ridge-Meadows, and homeseekers are drawn to the extra space available here.

Over 7% of all new contemplated townhomes over the next two years are expected to be built in Ridge-Meadows, so keep your eye on REW’s new developments page to see projects if you’re in the market.

One in a million.

Each of the areas above is a great place to call home. It all depends on personal preferences. Knowing how far $1 million will take you for a new home gives you a solid understanding of the landscape and should help guide you to an area that fits your price range and expectations.

We recently covered where the most new homes are going in BC over the coming years. Be sure to give that a read for more context and to help you narrow down a starting point on your homeownership journey. 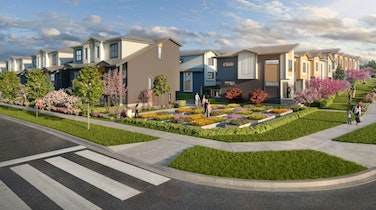 At Elwynn Green, your new home is next door to Fleetwood Park – making parkside living a...
Next Article 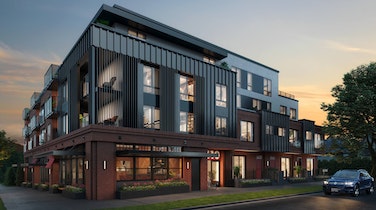 Nestled into a quiet enclave at the corner of Nanaimo and Grant, The Grant brings...