Will the City of New Westminster ever allow laneway homes to be built on single-family properties in the Royal City?

The operators of a local company that builds and installs micro homes sure hope so.

Micro-homes dwellings of typically less than 1,000 square feet have attracted more attention in recent years because of the high cost of real estate and limited rental stock in the Lower Mainland. Marc Saunders and Adele Fraser, who run Snap Microhomes, which has an office on Sixth Street, say their contemporary factory-built dwellings help property owners maximize the value of their real estate by adding one of the compact homes to their land.

"If land is the valuable commodity, we're not getting the most out of our single-family homes," says Saunders, who told The Record he has a background in aerospace engineering and 30 years' experience in building.

Laneway homes are gaining notice since Vancouver legalized them in 2009. Since then more than 1,000 laneway house permits have been issued in Vancouver, according to a December 2013 Vancouver Sun report.

"Everyone calls them a different thing. Vancouver calls them laneway homes. They call them coach houses in North Vancouver. They call them garden suites in Coquitlam. If you look under planning, just about anywhere in North America, they are called accessory dwellings," Saunders says.

Whatever they're called, the small dwellings bring with them additional options and revenue by providing on-property housing for relatives or renters.

Saunders' bet on the future of smaller dwellings may or may not pay off in the Royal City, a town that hasn't embraced density on single-family lots with as much zeal as Vancouver. The City of New Westminster is still reviewing the idea, but there's no question that the cost of land continues to remain out of reach for many people in the Lower Mainland.

"Land isn't getting any cheaper. Population is growing, and water (shortage) is going to be another crisis that exacerbates the problem," Saunders says.

Snap Microhomes range in size from 120 to 750 square feet, with prices spanning from $37,950 to $135,000. They've kept their prices significantly lower than most laneway home builders in the area, Saunders says, because they want to develop their product line and market it across North America, not just in Metro Vancouver.

"We knew that that price point wouldn't work outside of the Vancouver market," Saunders says. "So our pricing reflects what would work in North America."

The quaint homes aren't just designed for laneway builders. There is also a market for cottage builders, those who want to live small for a green ethos or who simply don't want a sprawling home but still value having land.

"We had one person come in [to the show space] and say, 'Oh, this would be perfect for me. I would like to put one of these on my land and then build myself a 10,000-square-foot shop, so I can just play all day in my shop and come and live in my house.' Because he's single, he said, 'I don't need any more room than this,'" Fraser says. "There's a wide variety of people that could use them."

Looking to Asia and Europe, "this is old news,' Saunders says.

"I think it really boils to down to economics more than anything else. A lot of people's financial assets were really impacted during the debacle of 2008, and they haven't really recovered, so people want to be smart with their money," he says.

Saunders warns that if we don't start seriously considering smarter density, we could end up like California.

"California has been in basically a 10-year drought, and it's not going to end. It's actually getting worse," he says. "Without going way off topic, we believe that one of the critical ways to combat some of these problems is to be much more efficient in the housing that we use, because smaller houses use smaller amounts of energy, smaller amounts of water all of those sorts of things, and so we've tasked ourselves to create solutions that are livable and don't make people feel like they are living in just a little box."

All of Snap's standard units come equipped with an integrated rainwater collection system with 100 gallons storage.

There are also options for photovoltaic and micro-geothermal systems. There is also a plan to introduce an off-grid unit that can be placed in either an urban or rural setting, Saunders says.

Arrival time after ordering is about eight weeks, according to Saunders, which means if the city ever does allow for laneway homes on single-family properties in New West, it won't be long before a Snap micro-home could be up and running. 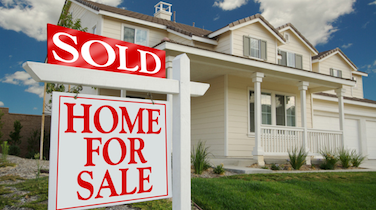 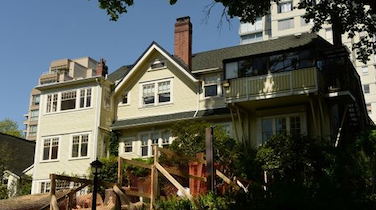 City of Vancouver's move to save heritage and character homes from bulldozer is too little...