As in Greater Vancouver and the Fraser Valley, BC home sales saw the second strongest November on record, according to a BC Real Estate Association report issued December 14.

BC’s total home sales dollar volume in November was $5.38 billion, up a staggering 56.4 per cent compared with the same month last year. This increasing rate of growth reflects the combination of skyrocketing transaction volumes and the average MLS® home price in BC rising to $668,317, up 16.3 per cent from November 2014.

“Housing demand last month was the second strongest ever recorded for the month of November,” said Cameron Muir, BCREA’s chief economist. “You’d need to look all the way back to the frenetic market of 1989 to find more homes trading hands in November.“

As in previous months, the BC totals disguise the significant variations between different markets across the province, with the major southern regions seeing huge increases in sales and dollar volumes, and some of the smaller regions struggling, especially in the north and Interior of the province.

Of the larger markets, the largest increase in sales was recorded in the Fraser Valley, where home sales climbed over 60 per cent from November 2014. Greater Vancouver and Chilliwack both saw an increase of more than 40 per cent, and Kamloops home sales were up 30 per cent.

The Northern Lights region once again recorded the biggest annual decline in unit sales, down 41.7 per cent year over year – although, again, the region is small enough that the figure could be anomalous. The Kootenay, South Okanagan and BC Northern real estate boards all also posted declines in sales and dollar volumes.

Despite posting the largest annual rise in sales at 100 per cent, Powell River’s 36 November home sales (compared with 18 the previous November) sold at an average price of 29.4 per cent lower than a year ago. This was the largest average price decline reported by any of the BC boards – followed by Northern Lights and South Okanagan.

The new finance minister has announced a plan to reduce high levels of mortgage borrowing....
Next Article 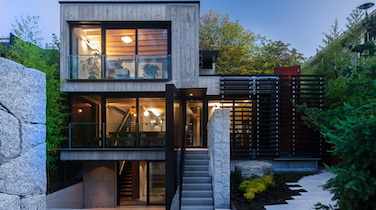