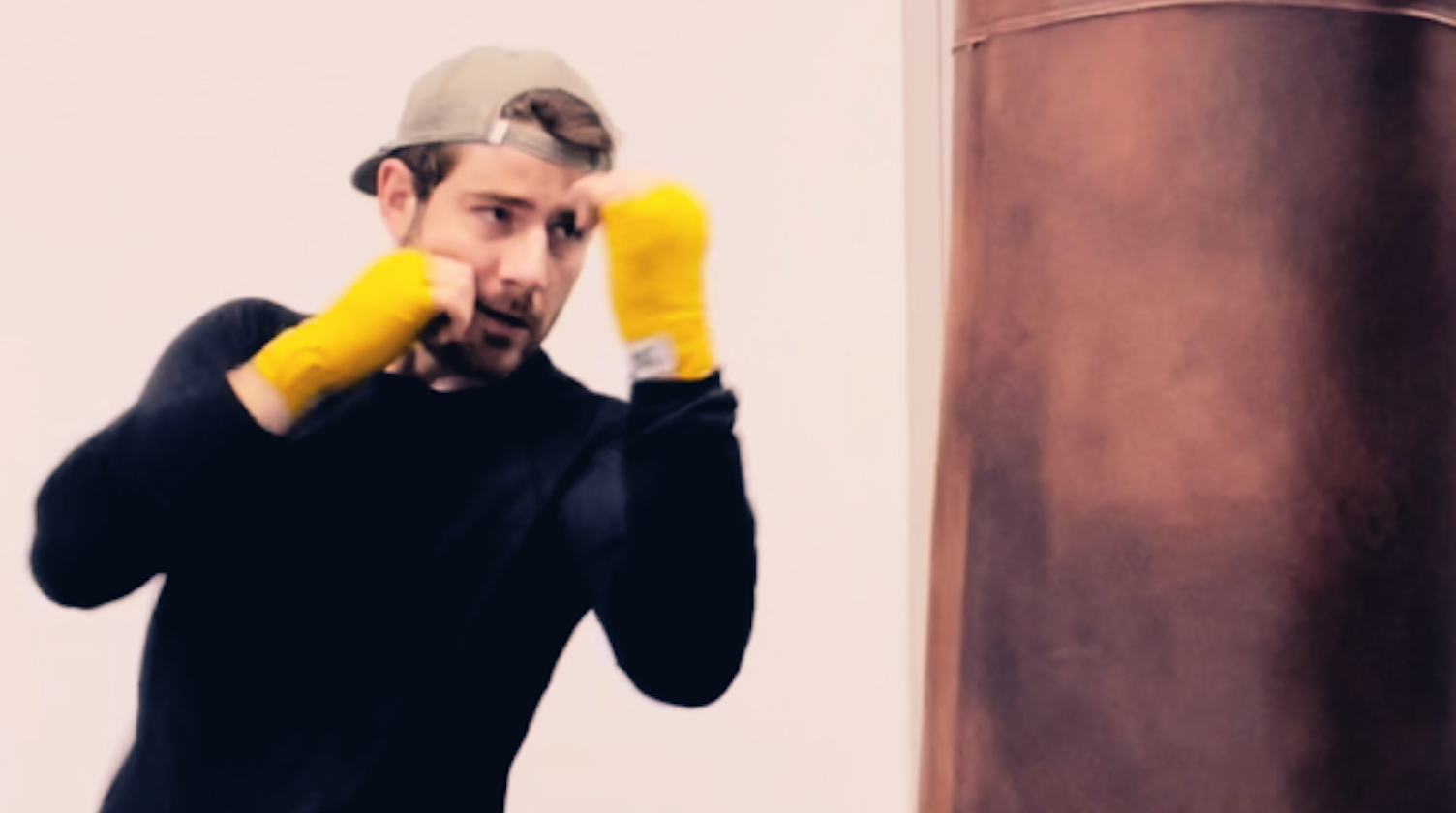 Update: Due to lovely people just like you, Nick has hit his first target but would still hugely appreciate your support to help his fundraising make up for his almost complete lack of boxing ability. Click here.

I moved to Canada at the start of the pandemic. Literally at the start: March 7th, 2020. After a two-week couch surf at a friend's place, I moved in with two guys I’m now lucky enough to count amongst my closest friends. Especially seeing as I was about to be locked in an apartment with both of them.

During one of these spirit-breakingly monotonous lockdown days, I was poked in my rapidly-developing muffin top and asked, “Hey Nick, would you like to learn how to box?”

What I didn’t know was that he was a bona fide GOAT of the Vancouver boxing scene who had helped launch the careers of Team Canada athletes and raise over $1 million for services that support Vancouver’s Downtown Eastside.

I get knocked down.

I’ve always been confident around people and love social interaction, but that seemed to have stalled after months of absence from any sort of social scene. I’d also quickly realized that I wanted to stay in Canada permanently, but the well-known pains of going through the residency process had created a feeling that I was only in control of my temporary future.

I was, in a word, down. I needed something to change, but boxing?

That said, what did I have to lose? Well, other than my self-respect, front teeth and the already wavering estimation of my new friends?

But I get up again.

What I soon discovered is that boxing has an incredible power to force you to focus. From the headgear which quite literally narrows your field of vision, through to the very real possibility of landing on your you-know-what if you don’t fully concentrate on what’s right in front of you, you simply have no choice but to be present.

Boxing gave me perspective. It gifted me a way to channel subconscious insecurities borne out of the pandemic. It also soon made me hella good at skipping.

I had never really had an interest in learning how to defend myself, and even less in how to attack. Truth be told, I still don’t. But boxing kept me invigorated. It helped me push myself in ways I hadn’t thought possible. And, most importantly, after each sparring session, my whirlwind of thoughts subsided and I was able to get back to the simple task of ticking off the small things from the enormous list that life was throwing at me.

I can happily say that I have recently become a permanent resident. And now I want to give something back to the community that has welcomed me. So I will be fighting in a charity boxing match run by Aprons for Gloves (AFG) and Eastside Boxing Club (Eastside).

For more than 30 years, the Astoria Boxing Club ran a non-profit youth program that provided a safe space and mentorship for at-risk youth in Vancouver’s Downtown Eastside. But, in the spring of 2012, the gym’s funding was cut and it was forced to close its doors. Later that same year, the Aprons for Gloves Boxing Association was established and organized the first annual Restaurant Rumble, a fight-night fundraiser that raised over $100,000 to open a new gym: the Eastside Boxing Club.

In addition to at-risk youth, this new club offered outreach programs for women, survivors of domestic violence, frontline workers, and members of the LQBTQ+ community. After only six months of operation, a devastating fire forced the club to close. With help from the community and another successful Restaurant Rumble, Eastside was reborn in 2014. 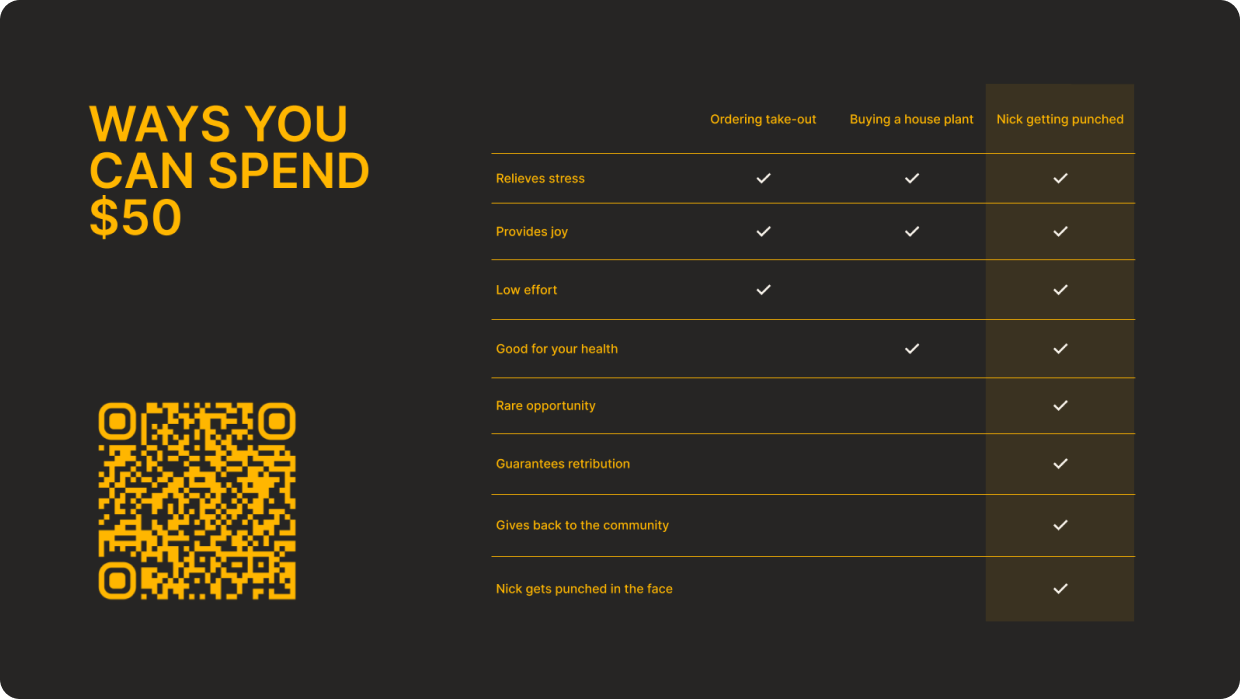 Money for nothing and I’ll take my licks for free.

AFG and Eastside help one of the most vulnerable communities in North America. Knowing what the sport has done for me means that I wholeheartedly support the use of boxing as a mechanism to build confidence, discipline, fitness, and a community of friends.

I've seen first-hand the planning, stories and passion for this event, and I want to be a part of the effort that allows these incredible people to continue doing what they do best.

So - pretty please- help me support the great work carried out by AFG and Eastside by guaranteeing I’ll get punched in the face: