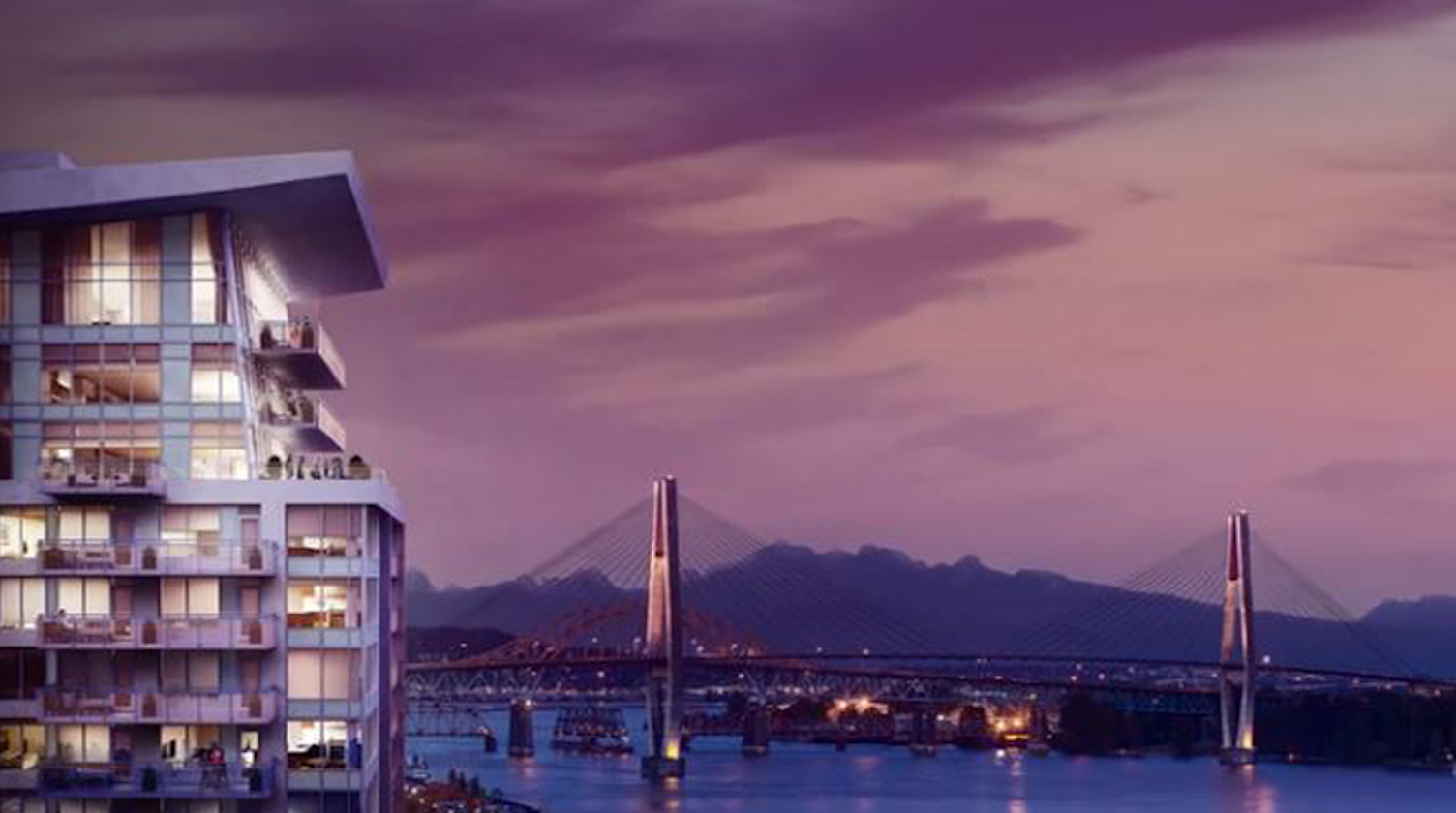 A Bosa development on New Westminster’s waterfront will bring 519 new condo units to a parking lot near the Inn at the Quay.

The sweeping views of the Fraser is one of RiverSky’s selling features, but the towers will also be situated close the noisy train tracks at the Quay.

“Certainly, the trains are there, and we can’t avoid it,” RiverSky sales manager Judy Graham said. “It’s just part of the area.”

The city is developing a train-whistle cessation initiative that is expected to be completed 2015/16, which will help with the some of the noise concerns, Graham said.

The first of the two towers will be 33 storeys and house 285 units; the second will be 28 storeys with 234 condos.

RiverSky will have a full-size fitness facility, along with the RiverSky Club – an entertainment lounge with kitchen and large-screen TV, a boardroom, and a concierge.

Along with the amenities, one of the selling points is the fact that the development is located on the waterfront.

“(It’s) one of our biggest selling features,” Graham said. “I think the other thing is there hasn’t been anything in New West on the waterfront, and I think there has been a real need for that. We have a lot of people who are downsizers, who are very interested in that.”

They are also highlighting hip local stops like Steel & Oak, the River Market at the Quay and Old Crow Coffee.

The other appeal of the location is its proximity to the SkyTrain line.

“Everybody wants to get rid of that car,” Graham said. “Having it close to the SkyTrain is a huge selling feature as well.”

The sales centre on Columbia Street, located at the old British Store (which has moved to Surrey) is lit up with hard-to-miss purple lighting. The centre has been buzzing since it opened a couple of weeks ago, Graham said.

Along with downsizers, they are seeing young people trying to break into the market and young families unable to afford a single-family home.

“It’s amazing, we’ve been open not quite a week yet, the number of people from Burnaby, Coquitlam, Vancouver, and they come down here they know about it already because they like the promenade or that front walkway,” Graham said. 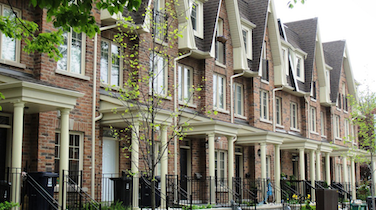 As single-family homes become increasingly out of reach, there is a UK model of housing that...
Next Article

As single-family homes become increasingly out of reach, there is a UK model of housing that...