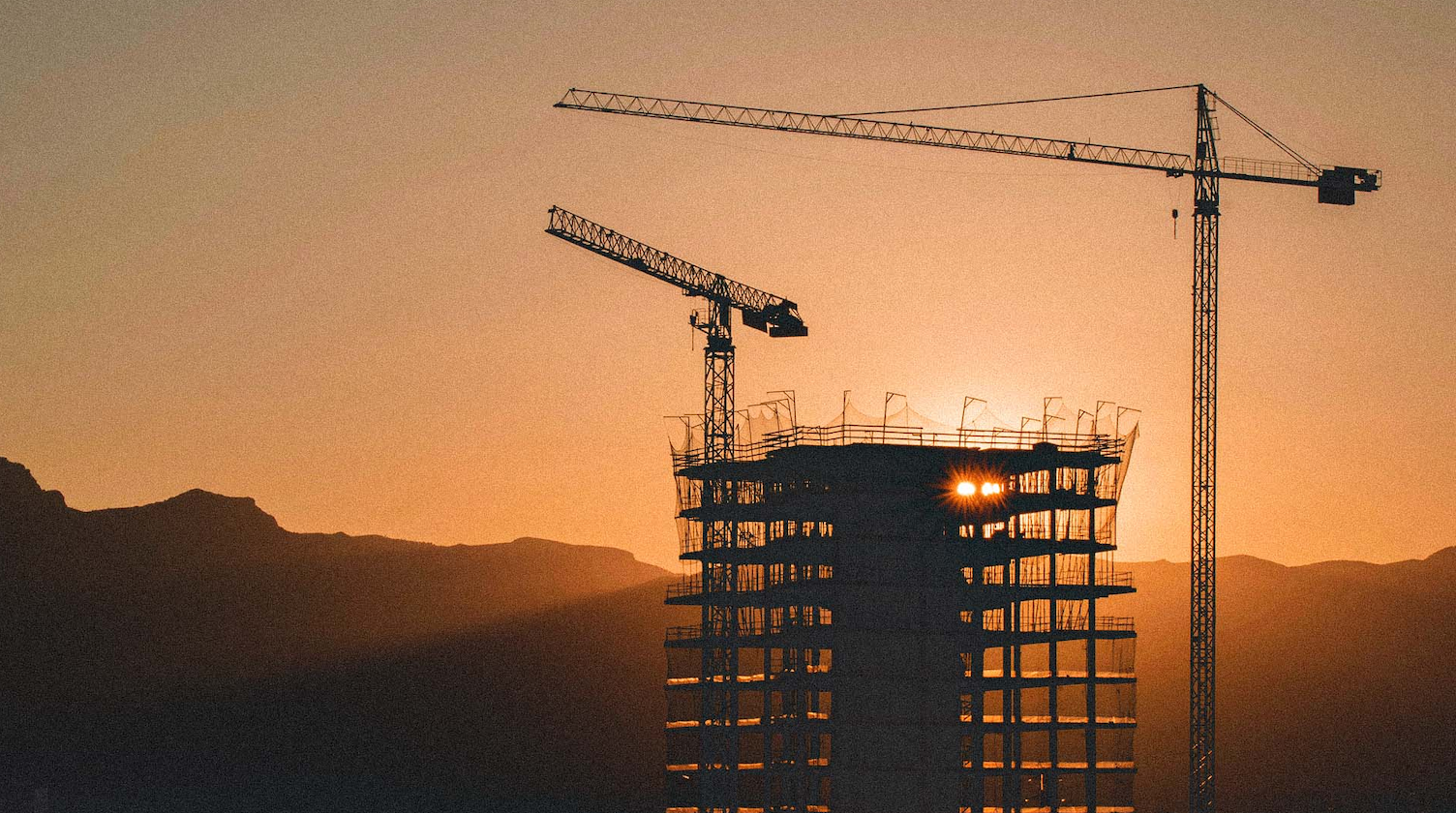 When you decide to embark on the journey of homeownership, you’re going to hear that phrase a lot. On the news, on the bus, from your Great Uncle Ted, the only topic that’s discussed more here in Vancouver is the rain. But if we keep hearing that line over and over again like a Fatboy Slim album where the bass never drops, it can start to feel a bit maddening.

It’s time for some answers. But first, the question we’ve all been wondering.

Where are all the new homes going?

Talk to me, Goose.

To answer the question, we’re going to let the data from REW’s New Homes division be your guide. The team has gathered data on all contemplated projects in Metro Vancouver over the next two years, including permits awaiting approval, permits submitted and permits planned.

Here are the top 5 areas in the Lower Mainland by units planned.

Surrey’s city slogan is “The Future Lives Here”, and given some of the Jetson-style buildings that have gone in over the years at Surrey Central, we’d have to agree. Towers are getting higher, townhomes are popping up quicker, and in just two short years 33 697 units are going to be added to this growing area. An upcoming Skytrain expansion, a more affordable price per square foot and more space are attracting families to areas like Fleetwood and North Delta in large numbers.

There’s a higher proportion of wood frame condominium units being built here than in any of the other areas on our list, with 58 total projects contemplated out of 145 total. These are typically a little bit more affordable than concrete condominiums, and a little bit bigger in size. 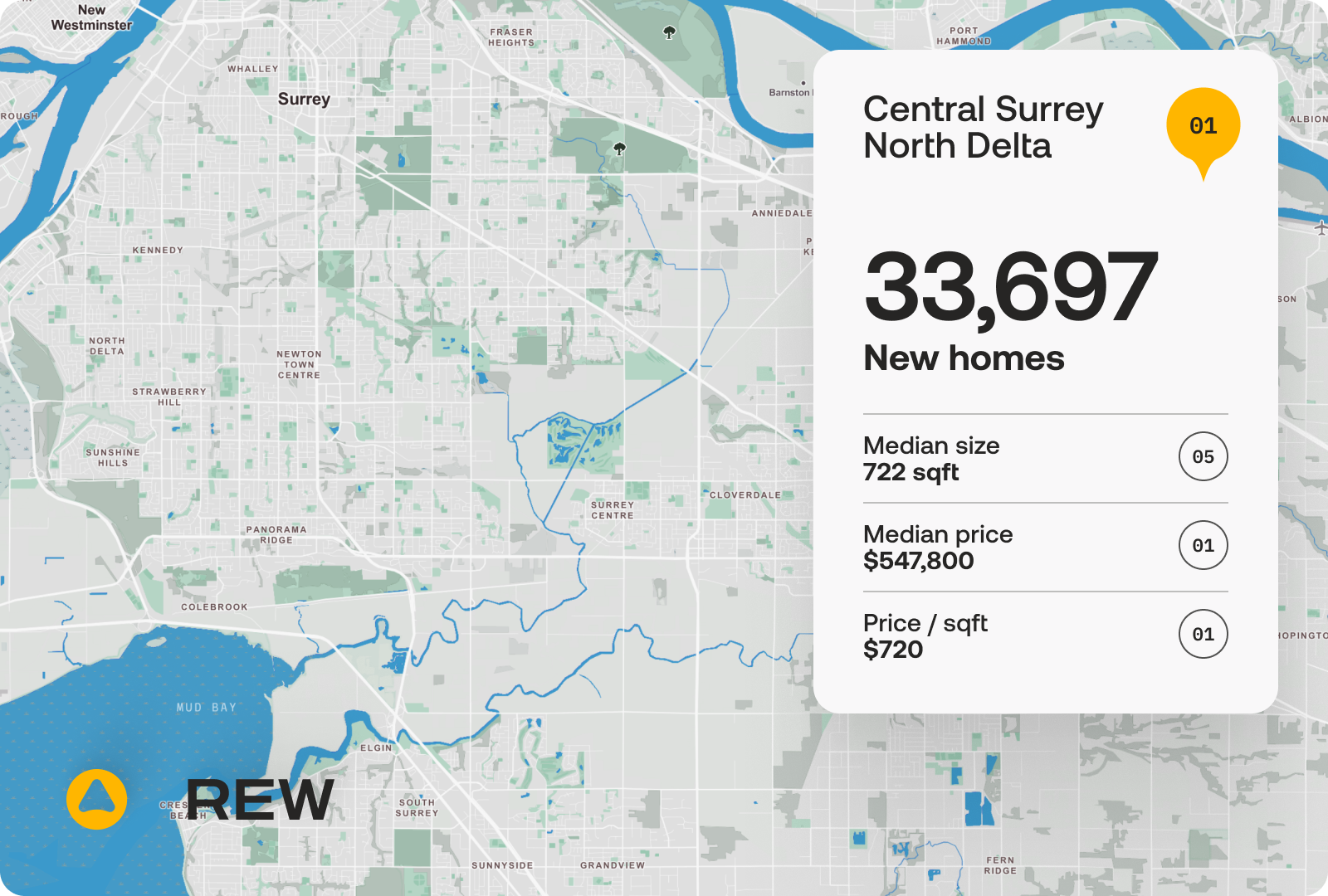 Representing two-thirds of the Tri-Cities, Coquitlam and Port Moody have seen big changes over the last few years, and those changes will continue into the not-so-distant future. With a total of 33 163 contemplated units coming into the area, they’ll see just a few hundred fewer total units thanSurrey3 over the next two years.

The median price of a unit here does go for a bit more money than it does in Surrey or North Delta. For a 700-square-foot unit, you’d be paying approximately $77 700 more to live north of the Fraser. It’s a beautiful part of the Lower Mainland, so we understand the premium. 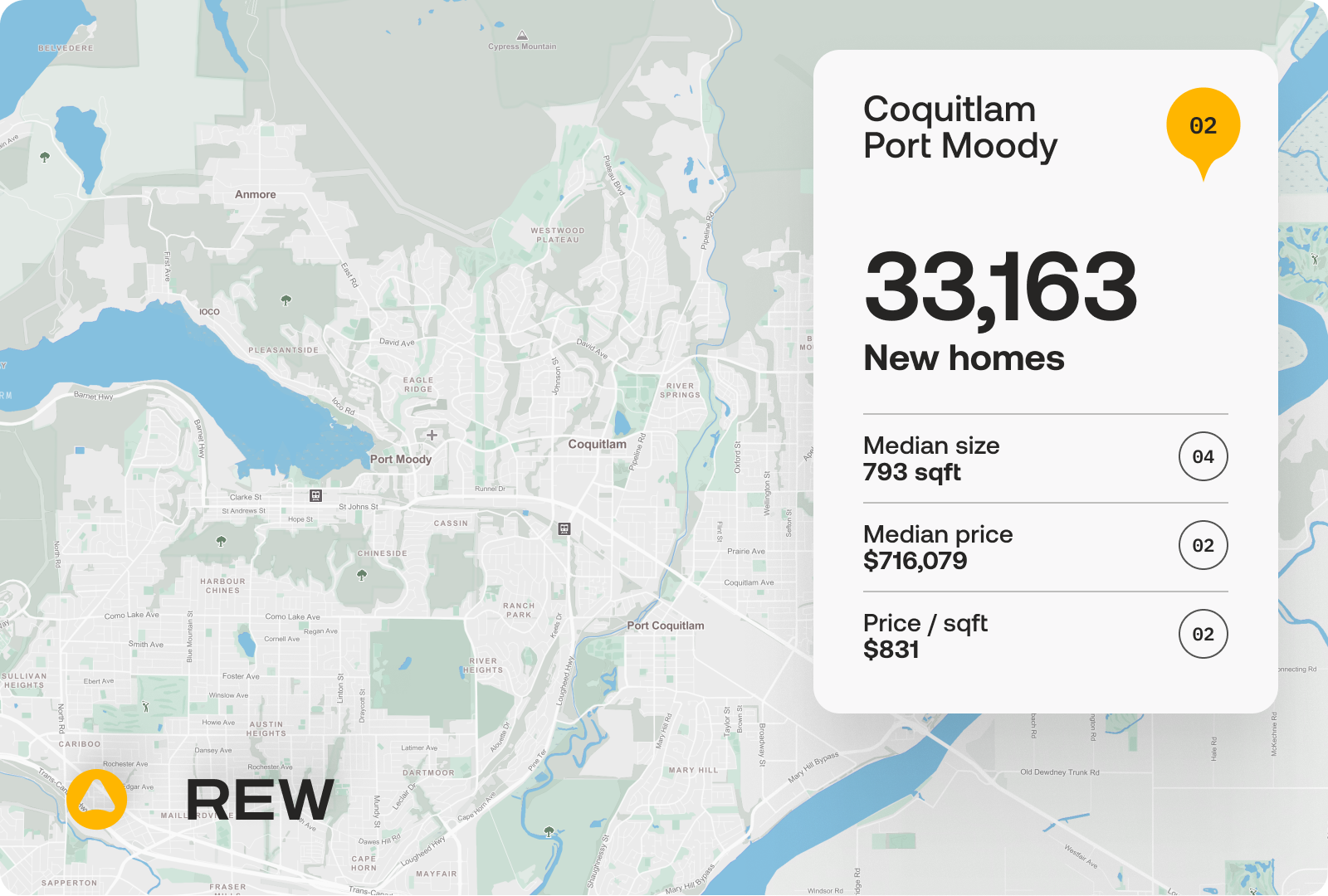 In terms of search traffic on REW, Burnaby is behind only Surrey on this list. Demand for new homes is present and real, and the 70 new projects planned over the next two years will be welcomed by homeseekers. 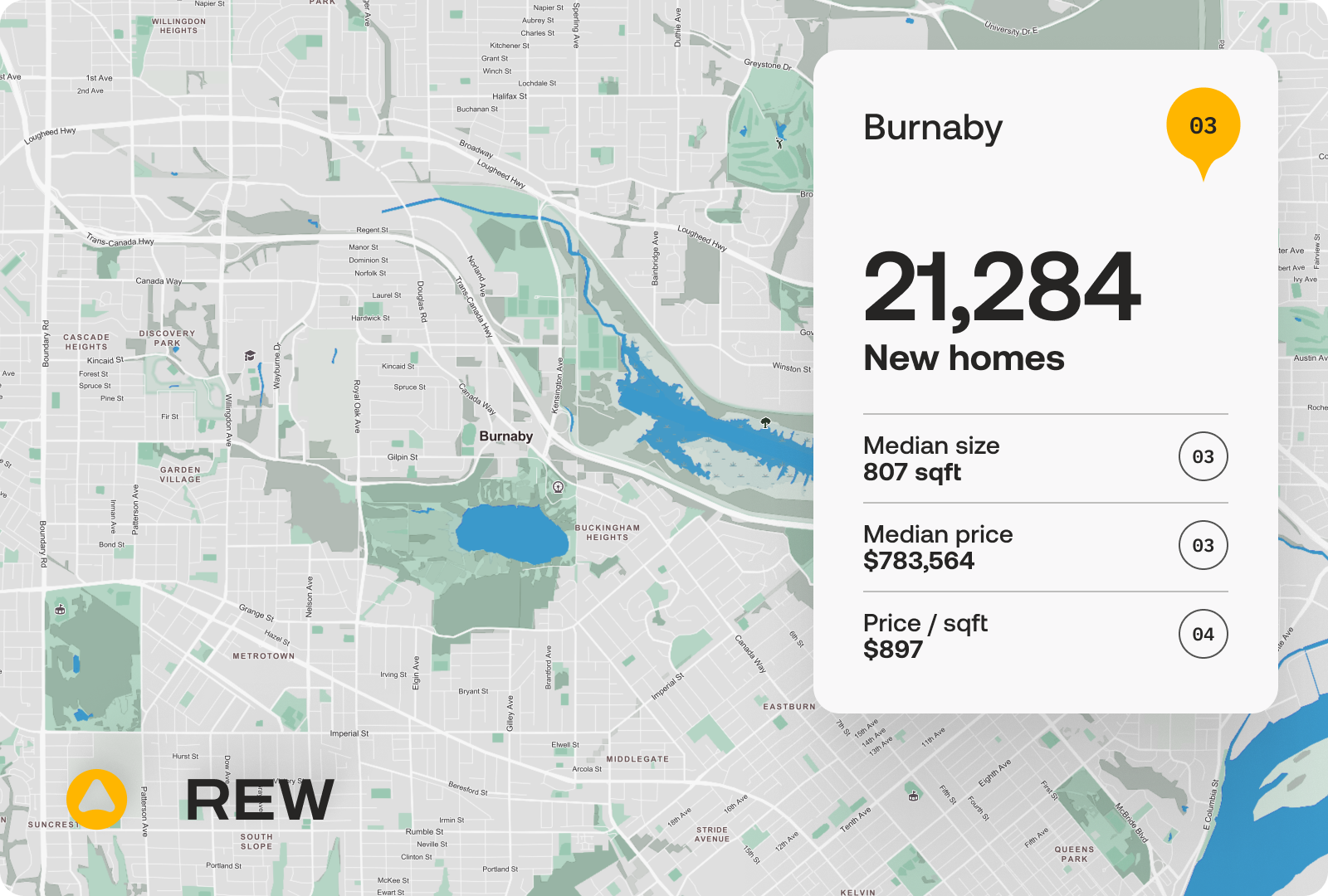 Not to be confused with West Vancouver, which has 1 549 planned units being added to the city over the coming years, Vancouver West includes the west side of downtown in particular. Confusing, as always.

Vancouver West has 102 projects planned that makeup 14 438 total units. Of the 102 projects, 38 are townhome developments, with the remaining projects being wood frame and concrete condominiums. 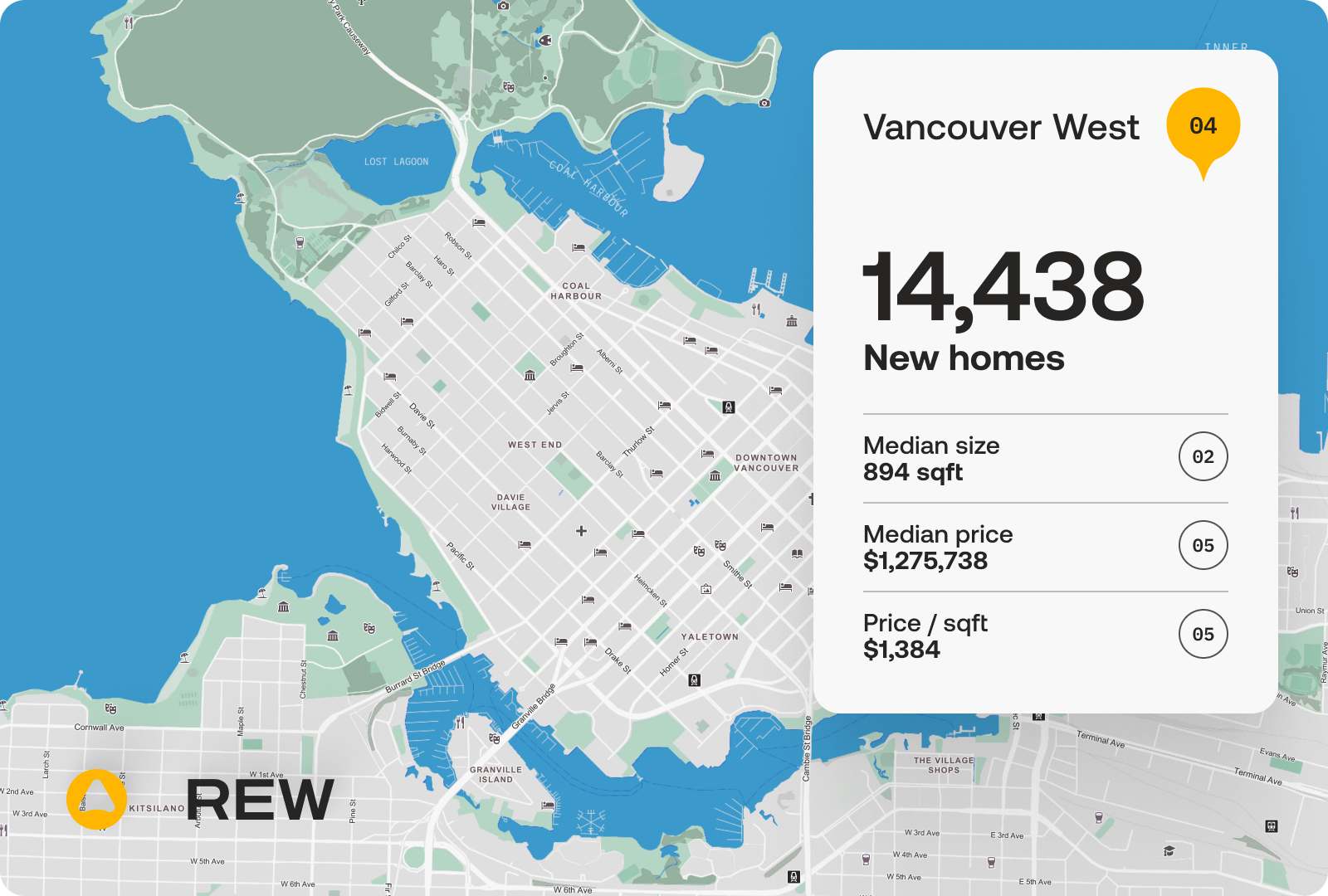 Finally, Richmond is preparing for 58 contemplated projects and 11 278 total additional units in the city over the next two years. The median price per square foot of a unit is in line with Burnaby and Coquitlam, however, the median size of a unit is significantly larger.

Richmond’s contemplated wood frame condominiums are particularly spacious. The median size of those units is larger than any city in Metro Vancouver, with only South Delta coming close. If it’s space in a condominium you’re after, Richmond might be a good city to consider. 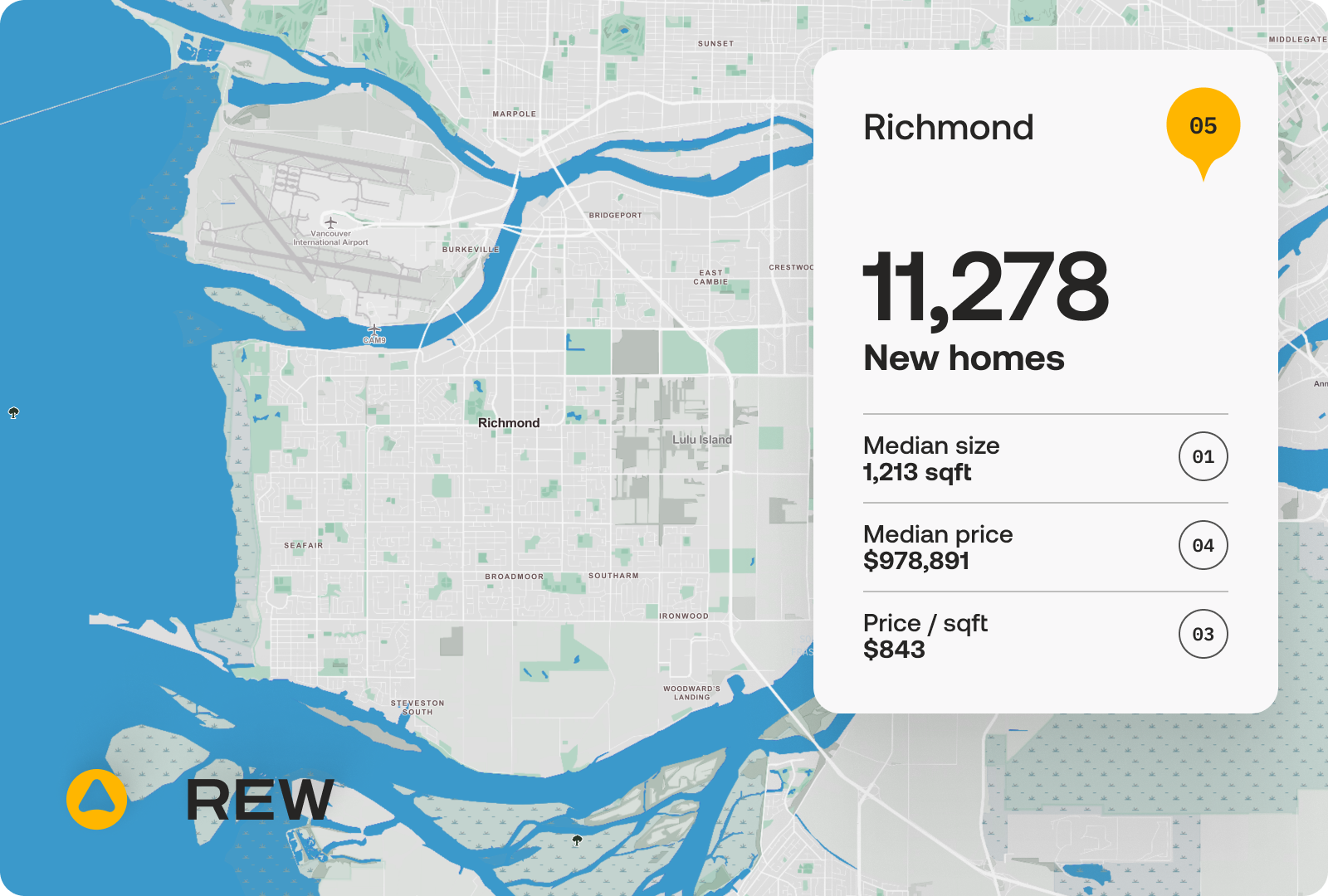 With new projects being planned in Metro Vancouver every month, there’s always a new potential adventure worth checking out on REW. Whether you're on the lookout for a new house, condo, townhome, or development, we're here to guide you to your new home. 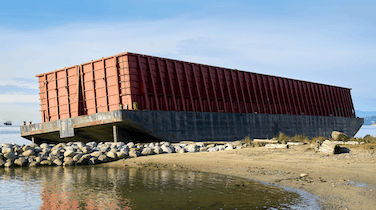 why not consider a move to where all the excitement of city life meets the comforts of barge...
Next Article 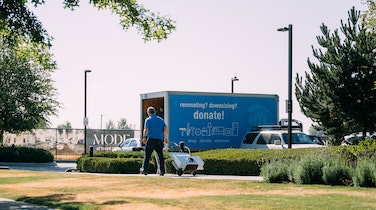 Local developers are giving back by donating items from presentation centres to charitable...