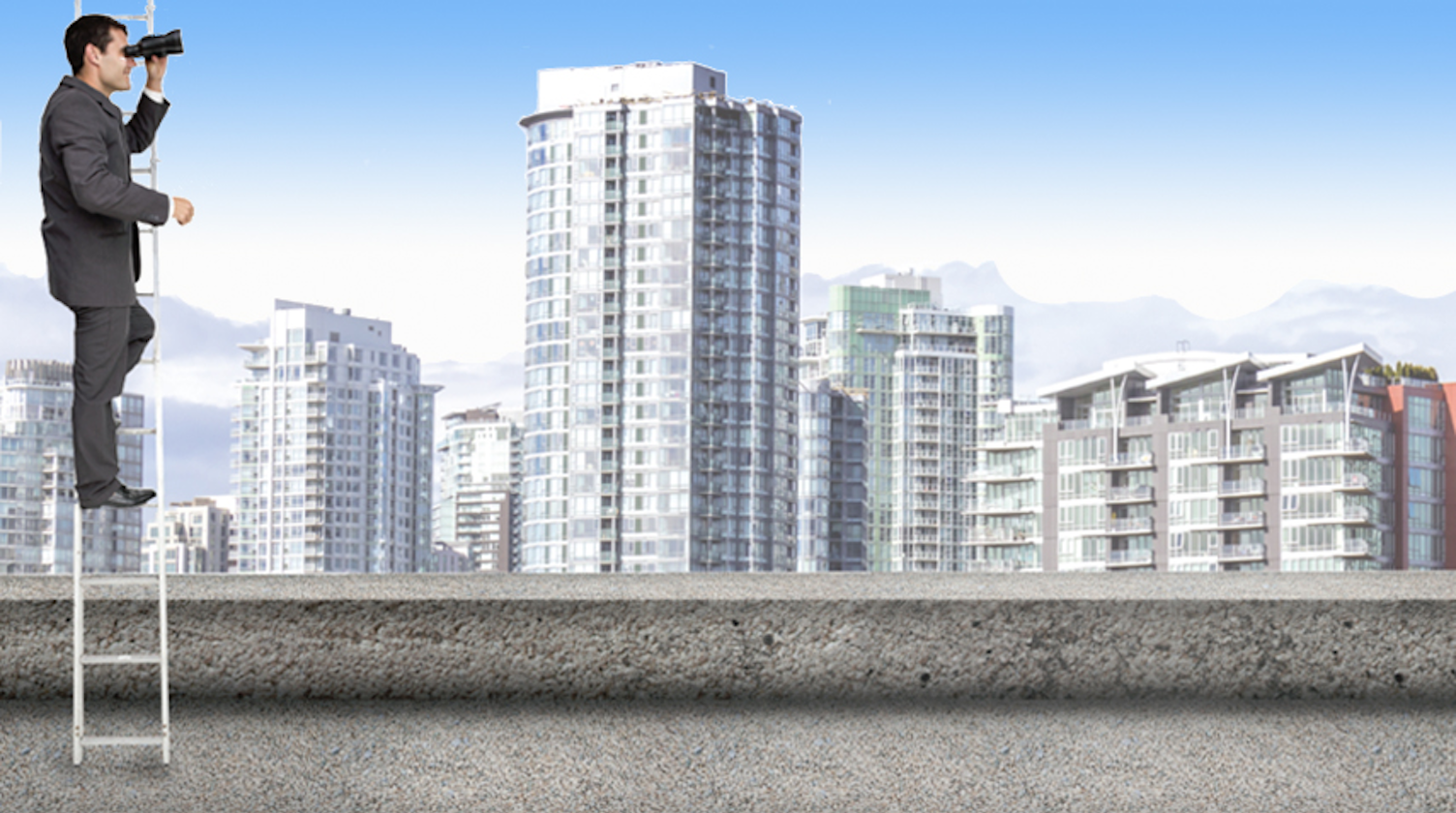 With a seemingly softening housing market – due to various government interventions, or to self-correction – we’re heading into an interesting year for Greater Vancouver real estate. But the question of whether that’s simply a gentle slowdown in the rapid growth we’ve seen, or a more significant downturn, seems to be a matter of divided opinion. Here’s a summary and analysis of some of the published outlooks for Vancouver and BC real estate over the next year.

Despite 2016’s second-half slowdown in home sales in the region and across the province, the real-estate-buying frenzy in the spring market meant that 2016 as a whole was a record year for resale transactions. This is expected to continue to slow in 2017, dropping more than 15 per cent to a total of 96,300 home sales across the province in 2017, according to the British Columbia Real Estate Association (BCREA).

The association’s most recent forecast report (issued before the BC Premier’s announcement about the new first-time buyer down payment loan) said, “Policy headwinds will be a negative influence on the BC housing market in 2017, especially in Metro Vancouver where a 15 per cent tax on foreign nationals curbs that market segment. This combined with the third tier of the Property Transfer Tax (PTT) applying an incremental 3 per cent tax on the purchase of homes priced over $2 million will likely moderate demand at the high end of the market. First-time and other low-equity home buyers will also be constrained by higher mortgage qualification requirements that could pull as much as 20 per cent of the purchasing power from this vital buyer group.”

Cameron Muir, BCREA chief economist, added, “While home sales are not expected to repeat this year’s record performance, consumer demand is expected to remain well above the 10-year average [of 85,000 sales a year].”

The Canada Mortgage and Housing Corporation had a similar forecast for British Columbia. Its Fall 2016 Housing Market Outlook predicted, “[After reaching more than 100,000 sales in 2016] MLS® sales are forecast to range from 88,900 to 99,300 transactions in 2017... A low level of new listings could constrain existing home sales in 2017, and sales are expected to come off a lower starting point as the Vancouver resale market adjusts to the policy shock of the foreign buyer tax.”

2017’s new home sales are predicted to follow the resale trend, dipping lower than 2016 and even 2015, but still predicted to be one of the strongest years in the past, according to Fifth Avenue Real Estate Marketing – and could surpass expectations if interest rates remain low. In a recent interview, president Scott Brown said, “Given the concerns about interest rate increases and additional policy changes such as the BC Government’s recently announced first-time buyer down payment assistance initiative, we expect a quick start to 2017.”

The consensus on the direction of home sales may be consistent, but the likely effect of all the above on home prices in the region and province has experts divided.

Back in October, the National Bank was one of the first to predict a double-digit drop in Greater Vancouver home prices over the following year. The report went on to say, “We think Vancouver home prices will soon start correcting. We expect a decline over 12 months of 10 per cent overall and 20 per cent for detached homes.” However the bank pointed out that the steeper decline at the higher-priced detached-home end of the market meant that prices would drop less steeply for other properties – “nine per cent for attached homes [such as townhouses and duplexes] and five per cent for condos.”

The overall double-digit prediction was echoed by Royal LePage, whose president and CEO Phil Soper recently told media that his brokerage was preparing a forecast for release in early January, and said: “We’re looking at all these trends. If it’s not double digit [decline in Vancouver home prices], it’ll be close to it."

Another nationwide brokerage had much more bullish view, however, with Re/Max issuing a report that predicted Vancouver home prices would slow in their growth, but still continue to grow in 2017, rising on average another two per cent across all property types over the year.

One leading economist agrees with this trajectory. Speaking at a Urban Development Institute lunch in September, shortly after the introduction of the foreign buyer tax, Helmut Pastrick, chief economist at Central 1 Credit Union, said, “After the [Vancouver real estate] market has absorbed this new tax regime, we will begin to see other market fundamentals come into effect. Prices will then continue to rise, and they will be higher this time next year.”

However, a December 2016 forecast report by Central 1 was a little less bullish, predicting that home prices across the Lower Mainland and Southwest of BC would fall by four per cent in 2017 before rising again in 2018.

The report added, “[While mainstream] media reports will invariably focus on average price levels, which are impacted in large part by product composition, and show deep price declines, the underlying price declines will be less exciting.”

The BCREA’s forecast for the whole of BC also falls somewhere in the middle. Its outlook report said that an easing in demand combined with evidence of increasing housing supply will mean there is less competition for homes, and that there will be a reduction in the average home sale price.

“Market conditions are expected to trend toward greater balance in the face of moderating demand and rising new home completions. While the [provincial] average MLS® residential price is forecast to decline 6.4 per cent in 2017, most of that change will be due to relatively fewer higher priced homes selling in highly populated regions, particularly Metro Vancouver.”

According to the BCREA, the election of Donald Trump as US president and strict new mortgage qualification rules will likely boost interest rates next year and put much greater pressure on first-time and low-income buyers.

The association echoed widespread predictions that the average five-year mortgage rate will rise in 2017, suggesting it will increase from 3.7 per cent to 3.95 per cent over the year.

“We anticipate that as bond yields move higher in the next year and new mortgage regulations squeeze margins, banks will raise their current offered rates on five-year mortgages by roughly 20 basis points to just under 4 per cent on average,” said the association’s December 2016 mortgage forecast report.

The five-year qualifying rate – the rate at which “stress-tested” homebuyers must qualify – is predicted to rise 20 basis points from 4.64 per cent to 4.84 per cent by the end of next year.

However, the BCREA’s report was issued just before BC Premier Christy Clark announced the new program to offer down-payment-matching loans of up to five per cent to first-time buyers in British Columbia. This program directly targets the “stress-tested” buyers who are putting less than 20 per cent down, and seems to be a deliberate measure to offset the reduction in buying power created by the new federal mortgage rules.

The BCREA said in a previous report that although high home prices combined with low interest rates have meant BC households taking on high mortgage debts, “BC households are not showing signs of financial stress.”

It said, “Mortgage arrears have trended lower while consumer bankruptcies are at their lowest level in a decade. Low interest rates have kept debt-servicing costs low and stable while a growing economy and unemployment at an eight-year low have further buttressed household financial stability.”

With predictions of slightly softening prices but increasing interest rates, which may cancel each other out in terms of affordability, and of federal and provincial interventions at least partially offsetting the effects of each other, REW.ca believes it is likely that after a period of slowing, Vancouver and BC real estate will steady and remain stable at a still-elevated level across 2017. 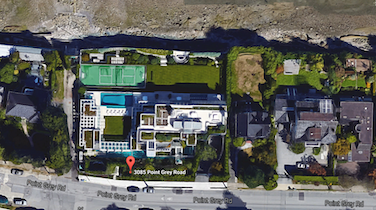 Annual roll reveals massive overall price growth in Vancouver and across BC, as well as...
Next Article

Annual roll reveals massive overall price growth in Vancouver and across BC, as well as...