2015 was a year of massive real estate market activity, with prices and home sales skyrocketing well over industry expectations. So will 2016 see a cooling-off in activity, or will the recent upward trajectory continue unabated? Here’s a round-up of industry forecasts and REW.ca’s take on them…

BC and Lower Mainland Market

After a year in which home sales across BC rose more than 21 per cent compared with 2014, according to Canadian Real Estate Association (CREA) projections issued mid-December, the province’s housing market activity is forecast by the association to moderate in 2016. This is largely based on the British Columbia Real Estate Association (BCREA) predictions that sales across the province will fall by around seven per cent, from more than 100,000 in 2015 to 93,700 units in 2016 – a level described as “remaining elevated” by the BCREA.This could be caused by a cooling-off in demand but more likely by a lack of available homes for sale, with Greater Vancouver and Fraser Valley listings down 35 per cent year over year.

The BCREA also predicted that capacity constraints and what it describes as “easing-off consumer demand” will mean a decline of BC housing starts to 28,800 units in 2016. This is slightly at odds with CMHC predictions for Vancouver alone, which forecast a modest increase in housing starts in 2016, followed by a slowdown in 2017.

However, REW.ca notes that, this time last year, forecasts were similarly timid and, ultimately, far off the eventual outcome for 2015 – and there’s no discernable sign of this activity slowing significantly. The possibility of rising interest rates and the new increased minimum down payment to be implemented in February may have a minor impact on some segments of the market. But continued high demand and diminishing supply of single-family homes suggests that, while overall unit sales growth may slow, total transaction dollar volumes will likely continue to soar through 2016.

There’s no sign that demand for Lower Mainland real estate from overseas buyers will cool in 2016, and as large detached houses in desirable neighbourhoods get snapped up as homes or investments, foreign money will likely further spill over into commercial and recreational real estate. Evidence suggests that overseas buyers have increasingly looked to resorts, vineyards, commercial properties, multi-family buildings and the like as alternative methods of safeguarding their cash in 2015. However, this increasing trend is unlikely to redirect any money away from single-family homes in Greater Vancouver, which remain the number one choice of property as many families choose to relocate to the region.

At the other end of the market, the much-anticipated arrival of 1,500 Syrian refugees, mostly in family units, to Vancouver may put some pressure on the rental market – and will certainly put pressure on the city to provide affordable housing options for these families.

The Year of the Condo?

With demand for the increasingly rare single-family home continuing to push many buyers out of that market segment, it is likely that more and more buyers – from first-timers to families – will turn to condominium living in 2016.

As of January 2016, New Westminster is the first municipality to demand a minimum of 30 per cent of new condos to have two or more bedrooms, and a minimum of 10 per cent to be three or more bedrooms. This is a move that has troubled developers but the city hopes will ultimately provide more affordable options for family living. (See our story on the increasing sizes of condos here.)

The new minimum down payment rules being implemented in mid-February could result in an uncharacteristic January rush on smaller homes, as first-time and lower-income buyers attempt to find and buy their homes ahead of the new rules to save money. 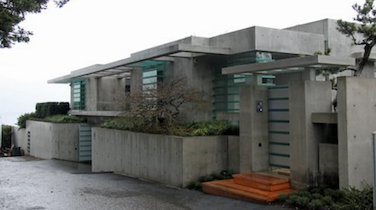 Lululemon co-founder’s Point Grey Road house is now worth $63.87 million, a rise of nearly...
Next Article 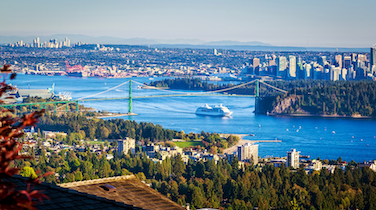