Chris Ryan was raised in British Columbia and Maui and is a dual citizen that has been licensed in both Canada and America. He was voted one of the top Realtors® in the Vancouver Westender’s Best of the City for 2017. Not only is he one of the most recognized real estate agents in Vancouver and the Lower Main... Show More

Chris Ryan was raised in British Columbia and Maui and is a dual citizen that has been licensed in both Canada and America. He was voted one of the top Realtors® in the Vancouver Westender’s Best of the City for 2017. Not only is he one of the most recognized real estate agents in Vancouver and the Lower Mainland Area, but has been personally endorsed and featured on Oprah and is a writer for the Forbes Real Estate Council.
As an internationally licensed agent, Chris is able to market and sell properties worldwide. He also has affiliates located all across North America specializing in helping buyers, sellers and real estate fund managers with their investment properties and personal properties. He is a Certified Global Marketing Agent, a Certified Luxury Home Marketing Specialist and a member of the Million Dollar Guild.
Chris’ unbeatable combination of integrity, competence, and a demonstrated ability to handle even the most complicated transactions with ease and grace is the reason why more than 90% of his business comes from referrals or repeat clients. That list includes financial advisors, lawyers, bankers, professional athletes, business owners, REIT managers, celebrities and executives. His network is also one of the largest in his field with a client base that includes buyers from every continent.
In December of 2018, he decided to join eXp realty because of its revolutionary technology and the tremendous value that it gives back to its agents. ExP is  publicly traded on the NASDAQ and is the largest real estate brokerage in the world. They also share the same belief in giving back and the same core values as Beyond Properties Group.


Chris got his first taste of philanthropy at nine years old when he raised more than $2,000 by selling chocolate bars at school to help preserve the Amazon Rainforest. As a teenager and into his 20s, Chris proudly sponsored a number of children through World Vision. Continuing his passion of helping others, he traveled to Haiti in 2012 with Compassion Canada and he helped sponsor the building of a Kenyan village in 2014 with the Unstoppable Foundation.
He has now become more deeply involved in giving back and is an ambassador for World Housing, an organization which provides homes to families living in slums in the developing world and fosters communities where families can thrive with safety, security and access to life-changing resources. In April 2017, Chris attended the gifting ceremony held in Cambodia and was able to see the impact World Housing had in the area and meet some of the families who were gifted homes. He is currently contributing and fundraising to help build more homes in other third world countries and reach his goal of housing 1 million people in his lifetime. In 2016, he was also the highest contributor to the Children’s Miracle Network in his RE/MAX office, giving a percentage of his income to the charity as well as the Fraser Valley Pediatrics Ward.
In addition to his professional and philanthropic accomplishments, Chris is also an author and speaker and is a member of the Forbes Real Estate Council where he is frequently featured in Forbes articles.
Licensed since 2003, Chris Ryan has helped hundreds of clients relocate locally and internationally from residential homes to commercial real estate . He was ranked the No. 1 Sales Agent in his past company RE/MAX office in 2017 and 2016 and was also named a Top-10 Individual for the local RE/MAX franchise in 2016, and has achieved the RE/MAX Hall of Fame award, Platinum Club (2015) and Chairman’s Club (2016) Awards for annual sales.
Chris’ life-long dedication and passion is to help people and give back in as many ways as he can. He truly lives to give and is always looking to help his clients and fellow agents reach their goals. 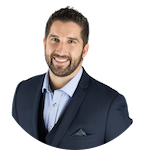 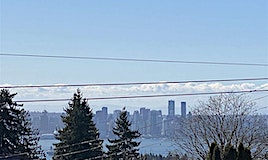 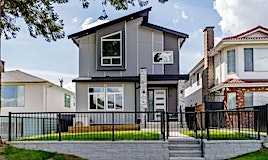 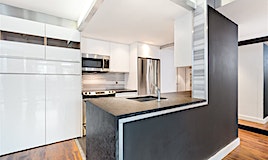 $947,000
407-1050 Burrard Street
Apt/Condo
Show All 5 Listings
Want to let others know you'd recommend working with this agent?
Recommend Agent
This representation is based in whole or in part on data generated by the Chilliwack & District Real Estate Board, Fraser Valley Real Estate Board or Real Estate Board of Greater Vancouver which assumes no responsibility for its accuracy.